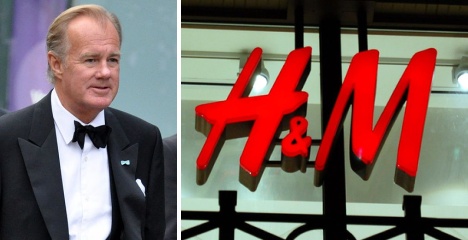 “The idea is to create a long-term incentive program which is the same for all employees,” said H&M board chairman Stefan Persson in a statement.”

The initial donation from the Persson family of 4,040,404 shares of H&M stock is currently estimated to be worth about 1 billion kronor ($137 million) and will go to a new created foundation, Stiftelsen H&M Incentive Program, which will administer the incentive programme.

The company intends to make future contributions to the foundation equivalent to 10 percent of the increase in share dividends from one year to the next.

“Our hope is that H&M will continue to develop well and that the employees will be able to benefit from H&M’s value growth in the same manner as a shareholder,” said Persson.

The payouts from the programme are set to commence payouts in 2011, assuming that the H&M board adopts a resolution authorising the programme during an Extraordinary General Meeting on October 20th, 2010

All H&M employees around the world who have worked for the company for at least five years will be eligible for the programme, regardless of position or salary level.

With a net worth estimated to be around $22 billion, Persson is Sweden’s second richest individual after Ikea found Ingvar Kamprad.

The son of H&M founder Erling Persson, who started the company in Västerås in central Sweden in 1947, Persson served as H&M’s CEO from 1982 to 1997, before becoming chairman in 1998.