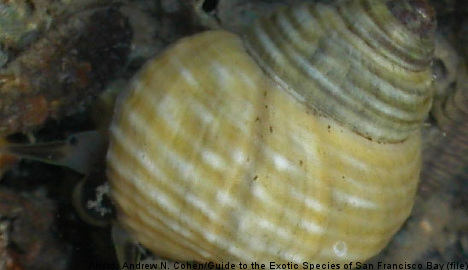 Females of most species of snail excrete a substance in their mucous trails that enables males to find them more easily because they can distinguish between male and female trails. The males follow female mucous trails to find mating partners.

However, researchers have found that females of the rough periwinkle (Littorina saxatilis) species have stopped labelling their mucous trails in a study published last month in the web-based scientific journal PLoS ONE.

“The consequence of this for the females is that they copulate less frequently, since the males often follow the trails of other males and must therefore spend twice as long looking for a female,” wrote Kerstin Johannesson, professor of marine ecology, in a press release.

“This may appear strange at first sight, since we expect it to be in the females’ interests to mate,” she added. “But we show that copulation is costly for the females and that they already achieve more copulation than is required to fertilise all of their eggs.”

The researchers at the university’s Centre for Marine Evolutionary Biology in Tjärnö, an island off the west coast north of Gothenburg near the Norwegian border, have shown in a previous study that a female snail may carry offspring that result from copulation with at least 20 males.

The scientists’ findings reveal that evolution favours females who can conceal their gender identity. Females who can mask their trails copulate significantly less often than other females and consequently have a higher chance at survival.

“It is beneficial for males to mate as often as possible, since this is the only way in which they can influence the number of offspring they father,” Johannesson said in a statement. “But it is costly for the females to mate often and this is important for them in surviving during the period they are carrying offspring.”

A situation in which individuals of different gender have conflicting interests is known as a “sexual conflict.” Such conflicts can arise in various situations and this is one of few examples of a sexual conflict in which the females attempt to conceal their gender.

There are other examples, including certain species of damselfly, in which some females conceal their gender simply by having the same colouring as the males.