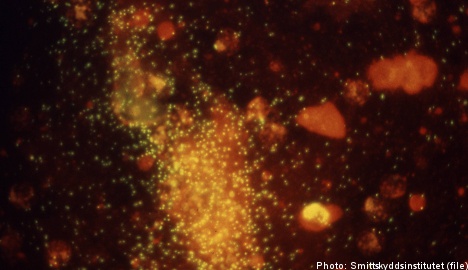 New statistics indicate that fewer people are succumbing to the sexually transmitted disease, but the number of infections remains high – with four people per hour contracting the disease in Sweden.

“The day is needed to increase awareness and get more people to test themselves,” said Viveca Urwitz at SMI.

Chlamydia Monday is a coordinated effort across the country. The initiative has been taken by SMI which on July 1st 2010 assumed responsibility for working to combat HIV and other sexually transmitted diseases.

SMI warns that chlamydia is an infection that can affect both men and women, and can lead to sterility. While symptoms can often be unclear or completely absent, the infection needs treatment and can be identified with the help of a simple test.

The test is made on a urine sample and is free of charge, SMI stated on its dedicated Chlamydia Monday webpage.