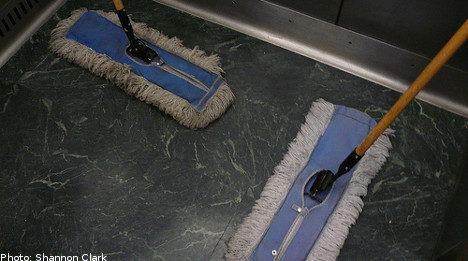 “I have a very bad conscience for the elderly man on one of the bottom floors who has had to take the blame,” the man wrote in a note posted in the block of flats, exposing his lewd practice.

The man continued his unneighbourly habit over a period two years. Despite having found alternative arrangements for the past four, he felt the time was right to come clean and posted the note in stairwell for all to see.

“Hi. It was me who urinated in the lift between 2004 and 2006. I know that there were a few grumpy faces and angry notes and I have a very bad conscience for the elderly man on one of the bottom floors who had to take the blame,” the man wrote.

The newspaper reported that the note has been verified as genuine by an acquaintance of the man, confirming that he is plagued with remorse and has promised to work to become a better person.

The man signed the note and also left his telephone number in case any of his neighbours felt the need to get in touch.