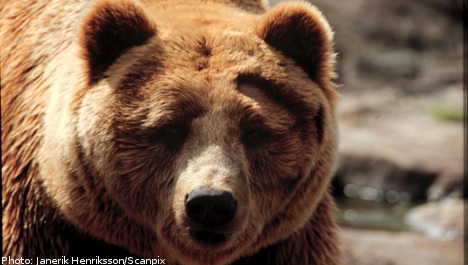 The bear was initially suspected of having fallen victim to an illegal hunt, but an autopsy has shown that the cause of death was the transmitter which had broken and caused a stomach infection, reported Mora Tidning.

“It has been operated into tens of thousands of animals around the world in beavers, bears and a raft of other animals,” said professor Jon Martin Arnemo.

The dead bear has undergone an autopsy and the transmitter has been examined by technicians.

“This is the first time in the history of the Scandinavian Brown Bear Project that an implant has led to a mortality. For some reason fluid has forced its way into the transmitter and has led to the implant corroding and caused a sharp metal wire to break free and cause injury which has led to peritonitis,” said Jon Martin Arnemo.

The bear that was killed was born in 1999 and had the transmitter operated in around a year later.

“We lost contact with the bear two years later, which can have been due to the transmitter breaking. In normal cases we replace a transmitter after 3-5 years or replace it with a GPS bracelet,” Arnemo said.