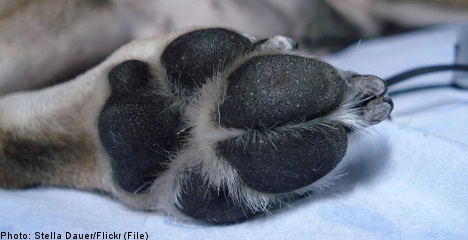 The municipality, which encompasses a number of islands in the Stockholm archipelago, administers a fund which provides subsidies to residents who are current or former employees of the Gustavsberg porcelain factories, a major employer in the area since the mid-1800s.

Officials recently received three applications for economic support, two of which were quickly judged to fulfill the necessary requirements for a payout, the local Nacka Värmdö Posten (NVP) newspaper reports.

But the third application, signed with a paw print, gave the reviewers pause.

Taking a closer look at the document, they understood that a local four-legged friend was asking for subsidies to help cover the costs of a dog sitting service, commonly known as ‘doggie daycare’ (hunddagis).

While the paw-signed application was ultimately rejected, Nerelius explained that, had the dog’s owner had signed the forms, the funding request would have likely been approved.