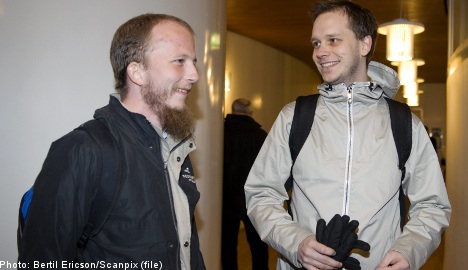 Carl Lundström, Gottfrid Svartholm Warg, Fredrik Neij and Peter Sunde will face the Svea Court in a bid to overturn their conviction for being accessories to copyright violations.

Both the defendants and prosecution are confident ahead of court proceedings.

“It is a completely new trial and this concerns such complicated questions that it is uncertain how it will end. It is very possible that they will be acquitted,” said Jonas Nilsson, one of the defence lawyers involved in the case.

When the four defendants were found guilty in April, many observers said it would take at least three years for the case to make its way through the entire judicial process. The appeals court hearing has been delayed several times due to allegations of bias among lay judges involved in the district court trial.

The Pirate Bay remains in operation despite several attempts to close it down and a recent ruling by the Supreme Court to send a test case of the anti-file sharing legislation Ipred to the EU Court in practice protects file-sharers.

The Ipred law gives copyright owners the right to demand via the courts the identities behind suspected IP addresses. But when ISP Ephone rejected such a request the firm won in the appeals court. The Supreme Court is now awaiting the EU Court ruling in the case in order to pass judgement, and until such time the law is regarded to be toothless.

The Pirate Bay case is also expected to go all the way to the Supreme Court because of its precedent-setting nature: no one in Sweden has ever been found guilty of being an accessory to copyright violations via the BitTorrent file sharing peer-to-peer technology.

In addition, the stiff penalty handed down by the district court – one year in prison for each of the defendants, plus a collective fine of 30 million kronor ($4.4 million) – was seen as a reason for the defence to exhaust every appeal.