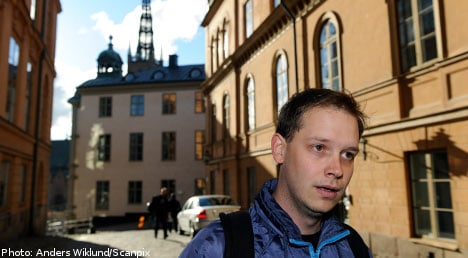 Despite the fact the four men – Peter Sunde, Gottfrid Svartholm Warg, Fredrik Neij and Carl Lundström – were convicted of being accessories to copyright violations and sentenced to a collective 30 million kronor ($4.5 million) fine and a year’s imprisonment, the website continues to thrive.

When the Swedish police raided The Pirate Bay back in 2006, the site had about two million simultaneous users. In the run up to the high-profile trial last April the number of users grew to around 20 million.

The trial received media coverage across the world and served as a massive advertising campaign for the Bit Torrent tracker.

The Pirate Bay’s popularity did not stop with the guilty verdicts in the trial and according to the defendants the site is now up to around 35 million simultaneous users. But the website’s massive dominance has started to be a cause of concern, said Peter Sunde and Fredrik Neij during a pause in appeals court proceedings.

“The Pirate Bay has become so big that there are hardly any competitors any more. It is not good for the internet if there is only one search engine with an almost monopoly status,” said Sunde.

The site users the Bit Torrent technology to facilitate file sharing amongst its users, a revolution when it was introduced, but it is now almost ten years old – a lifetime in internet terms. The old technology risks holding back development, Sunde maintained.

When asked whether they should just closed down The Pirate Bay, Sunde replied:

“We don’t run it any more but it would also create difficulties if you close down The Pirate Bay, as there would then be nothing. There has to be something else to take over.”