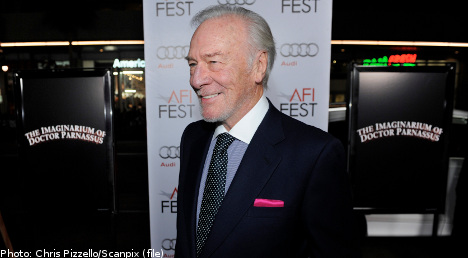 Plummer at the première of "The Imaginarium of Dr. Parnassus" in Los Angeles

80-year-old Plummer, perhaps still best known for his role as Captain Georg von Trapp in the Sound of Music, has been given the role of Vanger family patriarch, Henrik Vanger, reported the Reuters news agency.

Sven-Bertil Taube played the role of Henrik Vanger in the Swedish language original.

In the film, Vanger hires Mikael Blomqvist (Daniel Craig) to solve a 40-year-old murder and in the process uncovers a dark side to the family history. Blomqvist teams up with hacker heroine Lisbeth Salander (Rooney Mara) to assist in unravelling the mystery.

Plummer has a long, distinguished stage and film career behind him and was recently nominated for both Academy and Golden Globe awards for his supporting role as Leo Tolstoy opposite Helen Mirren in “The Last Station”.

“The Girl with the Dragon Tattoo” is currently filming in Sweden under the direction of David Fincher.