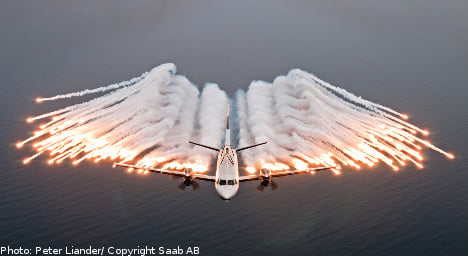 The order concerns delivery of the Saab 2000 Airborne Early Warning & Control system, which comprises of a Saab 2000 aircraft equipped with the advanced ERIEYE radar system, according to a company statement on Monday.

“This contract can be seen as a further confirmation of our strong position in the world regarding not only the area of airborne surveillance but in systems integration and data fusion as well,” said Saab CEO Håkan Buskhe.

The contract also includes ground equipment as well as logistics and support services which together can be used in connection with, for example, border surveillance, rescue operations as well as in combating terrorism and organised crime, Saab explained in its statement.

Saab’s ERIEYE system has been bought by the Swedish Air Force, Thailand and the United Arab Emirates in the Saab 340 aircraft.

The system has also been sold to Brazil, Mexico and Greece as part of the Embraer 145 system, and to Pakistan in its latest model, the Saab 2000.

The firm has declined to divulge the identity of its latest client.