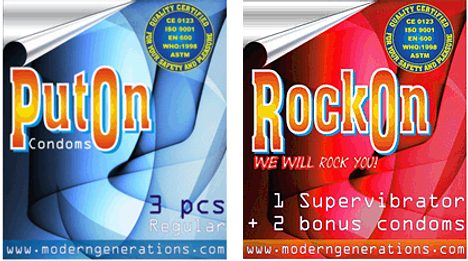 Accordingly, the agency ruled that the brand does not meet Swedish safety requirements after an inspection showed it falls short of the demands for the CE marking certifying that a product has met EU consumer safety, health or environmental requirements.

As a result, the agency advises against using the product.

“No freestanding organisation has examined the product, so no one knows if the condoms comply with standards. It is serious from a public health standpoint,” investigator Gert Bruse told the TT news agency.

A representative from the company told The Local the company plans to appeal the decision, claiming it is based on “faulty information.”

The agency examined the contents of a certificate from a certification body named TÜV SÜD. According to the certificate, the manufacturer of the product is a Chinese company called Yun Hai and a German company is its authorised representative in Europe.

In a written declaration, TÜV SÜD testified that it does not recognise the Chinese company and that the presented certificate is a forgery.

In a statement, Sibbarps spokesperson Ted Wendt explained that the CE mark had mistakenly been produced for Yun Hai, a subsidiary of PutOn manufacturer Dong Yang Songpu Latex (Jinzhou), which holds European certification.

Wendt explained that the mistake was only brought to Sibbarps’ attention on October 5th and that the company was told it had three weeks to fix the problem, which it is in the process of doing.

The agency’s decision to announce a sales suspension after only one week stunned Sibbarps.

“We welcome the Medical Products Agency work in general and its review of condoms in particular. But are they really reacting correctly? To enact a sales ban for a produce before the time to lodge an appeal and show proper documentation has as run out can’t be right,” Wendt said.

According to Wendt, the condom market in Sweden is dominated by a single supplier who has “almost a monopoly position,” which has limited choice and high prices for Swedish condom consumers. He added that the sales ban was a “catastrophe” for a newcomer to the market like PutOn.

“We promise to do everything to give the consumer better products and more alternatives,” Wendt said.

The agency’s decision to issue a sales ban on PutOn products applies whether they are sold separately or in combination with another product.