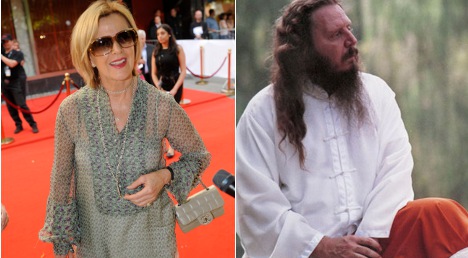 Reuss (nee Lyngstad) has, together with her partner W H Smith, filed a bankruptcy order against Swedish Medical Qiqong Investment AB, which operates the Yangtorp Qigong Resort, located near Hörby in southern Sweden, after the firm missed a payment on a 46.2 million kronor ($7 million) loan.

“She has filed the bankruptcy application, because she wants to bankrupt the company – it is the only way she can get her money back,” said Carl-Gustaf Söder, Anni-Frid Reuss’ lawyer, to The Local on Wednesday.

The firm and resort is run by Master Marcus Bongart, who founded and built up the temple and healing centre on the site of the old village school house in Jönstorp.

Bongart told The Local on Wednesday that he is “in shock” at the turn of events and argued that the money received from the former Abba star was a gesture of “commitment to the operation” and was meant as a donation and not as a loan.

“We have been friends for a long time. We have had disagreements over how to develop the temple, but that is all that has happened. The money is not there to be paid back, it is invested in the buildings, in the Buddhist temple.”

But Carl-Gustaf Söder rejected Bongart’s claims that the money was meant as a gift.

“The debt is included in the company accounts, so I don’t understand how he can maintain that.”

Bongart argued that Anni-Frid Reuss gave no warning that she was to demand repayment and furthermore claimed that the purpose of the bankruptcy application was to take over the company and turn the centre into a luxury hotel in order to earn more money.

“I have no idea of their plans,” Carl-Gustaf Söder told The Local.

When asked what the future now holds for Yangtorp, which describes itself as “a magnificent oriental temple in the middle of the Scanian beech woods”, Bongart replied:

“We shall have to see. Now we are in this situation. We are in shock and were not prepared. At the moment we are unable to reach agreement, so the future is uncertain.”