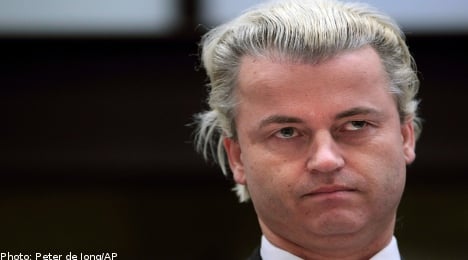 “I knew nothing about this, was not informed. The Freedom Party still holds the view that dual nationality is very undesirable,” Wilders said.

Wilders plans to raise the issue when the government’s programme is discussed in parliament on October 26th-27th.

A spokesperson for the deputy prime minister has confirmed that the government had been informed of Zanten-Hyllner’s status as a dual Dutch-Swedish citizen, and saw no problem with that.

This is not the first time Geert Wilders and the PVV have reacted to multinational ministers. When the previous government was in office, the party tabled a vote of no confidence in respect of two ministers – Ahmed Aboutaleb and Nebahat Albayrak – of Dutch-Moroccan and Dutch-Turkish descent.

Wilders has previously said that the PVV’s position is that government ministers should not have dual citizenship as it implies dual allegiance.

The populist anti-Islam politician Geert Wilders has capitalized on a strong showing in the recent Netherlands’ election to claim a role for the PVV as a support party of the newly elected conservative minority government.

The new government has in return promised to take a tougher, more restrictive approach to asylum seekers, including a halving of the number of new immigrants from countries outside of the “western” world.

Further promised measures include a ban on the public wearing of face-concealing Muslim attire, and forcing immigrants to pay for their own mandatory citizenship classes.