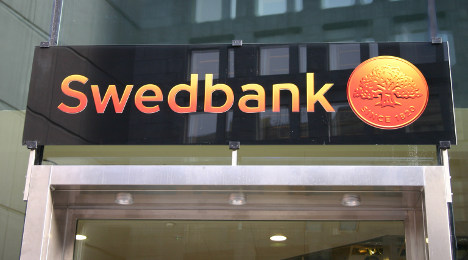 The bank reported a third quarter operating profit of 3.2 billion kronor ($480 million), a dramatic turnaround on a loss of 2.58 billion in the corresponding period of 2009.

Analysts, according to a Reuters poll, had forecast an operating profit of 2.1 billion and Swedbank stock responded accordingly on the Stockholm market on Thursday, up 6 percent in morning trading.

“Our positive trend from the first two quarters continues, primarily driven by the large reductions in credit losses. We are very happy over the fact that the Baltic banking operation is showing a profit for the first time since 2008,” said Swedbank CEO Michael Wolf in a comment on the report.

The bank has seen a steady reduction in credit losses in the Baltics, Latvia excepted, Wolf said, while pointing out that “credit demand remains low” as business and private people prioritise paying off their loans.

“We have seen a massive change in customer habits. An increasing number are choosing to fix their interest rates, he said.

Michael Wolf forecast continued improvements to Swedbank’s figures, as long as the macroeconomic development is maintained.

After Swedbank’s share price climb on the Thursday, the company’s stock has climbed a total of 38 percent since the turn of the year, and 68 percent over the past 12 months.

Total revenues in the period amounted to 7.54 billion kronor, down from 8.14 billion in the corresponding period of 2009. Costs declined from 4.53 billion to 4.24 billion for the period.

Credit losses declined to 120 million kronor, down from 6.12 billion in the third quarter 2009.

Swedbank’s Baltic banking operation reported a profit in the third quarter, the first time since the fourth quarter of 2008.

Swedbank’s board has made a decision regarding “far-reaching changes” to the bank’s bonus program. Contingent on the approval of the 2011 AGM, some bonus related pay provisions will be replaced by shares.

The new bonus program is set to cover around 6,400 employees, primarily in the Swedish arm of the group.

“This we have been able to do while we continually improved our relative cost of borrowing compared with the other Nordic banks,” said Michael Wolf.