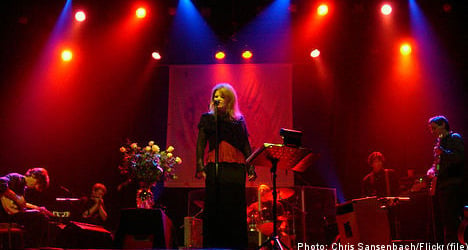 November, unlike previous months, won’t be a month for musical giants on Stockholm’s music scene. While no stadium-fillers are booked at the bigger venues, the absence of the likes of U2 and Bruce Springsteen might be a blessing after all, since November offers an unusually large number of smaller gigs and lesser-known acts from all over the world.

The first to benefit from November’s packed musical calendar may be those who grew up in the 80s, who’ll be able to enjoy a brief return to their youth, particularly if it included a liking for the more alternative side of the decade of synthesizers and drum machines.

English singer-songwriter Lloyd Cole who was front-man of Lloyd Cole and the Commotions in the 80s has been a solo artist for the last twenty years. He’s now touring Europe with his Small Ensemble after releasing a new album called Broken Record a couple of months ago.

“I had written some songs which demanded a beat, and I was having great fun with my new acoustic trio,” Cole said in explaining the genesis of the album.

“Why not make a rocking record, or whatever it is that 49-year-olds make when they try to do that?”

Cole will play at Söder Teatern on November 18th.

Another 80s band visiting Södra Teatern this month is Cowboy Junkies. The band became famous worldwide in 1988 after the release of their acclaimed second album, The Trinity Sessions, which was recorded in one day with a single microphone in a Toronto church. Since the early-90s they have seen less commercial successes, but they continue to record and perform constantly and their current European tour brings them to Stockholm on November 11th.

As the 80s closed, the era of grunge music began, with the emergence of bands like Nirvana and Pearl Jam. Hole was another grunge band popular at the time and the band has recently resumed activity after their 2002 breakup. While Hole isn’t currently on tour, one of their ex-bass players, talented Melissa Auf Der Maur, will be playing Debaser on November 21st.

Another musician who broke through during the eighties and is visiting Stockholm this month is John Hiatt, an American songwriter and singer who started his career in the early seventies, and who will appear at Nalen on November 9th.

Formed in 1980 in the western side of Berlin, Einstürzende Neubauten represents a more experimental side of the 80s. They are still alive and kicking and even making very interesting music. As part of their 30th anniversary they will play a full concert at Cirkus on November 7th following a special evening featuring their music as well as films and solo shows in Södra Teatern on November 6th.

Södra Teatern also offers its usual colourful international selection. Some highlights are: an evening with Iranian, Kurdish and Indian music on November 2nd; Deolinda, a fado inspired Portuguese band on the 3rd; exciting Colombian 12 piece band LA 33 on the 4th; an African festival on the 5th; Mexican ska band Panteón Rococó on the 11th; experimental German pianist Hauschka on the 24th and on the 7th, Nasser Shamma, an Iraqi virtuoso player of the oud, a pear-shaped stringed instrument commonly used in Middle Eastern music, takes the stage. A couple of more modern-sounding oud players, Palestinians Kamilya Jubran and Hosam Hayek, will play on the 19th and the 28th.

More Middle-Eastern musical roots can be found in Debaser where Los-Angeles-based Fool’s Gold will play on November 5th. The group, founded by two Israelis who immigrated to the US at an early age, blends pop music with African and Middle-Eastern influences. Other shows on the international front at Debaser are Icelandic multi-instrumentalist and composer Olafur Arnalds on the 16th and French pop trio Yelle on the 20th.

As usual some UK acts will also pay a visit to Stockholm this month. Teenage Fanclub sounds a bit like a California 60s band though it’s from 90s Glasgow. One of their many fans was the legendary Kurt Cobain, who apparently called them “the best band in the world”. Teenage Fanclub will play Debaser on the 19th, the day after another British act – Field Music, an indie pop group from Sunderland. Marina Diamandis, better known as Marina and the Diamonds, a new wave pop singer from Wales will play Nalen on the 22nd.

And Stockholm-area guitarists and guitar fans won’t want to miss the chance to see one of the fastest guitarists in the world when Paul Gilbert visits Göta Källare on November 20th. The performance will feature his famous signature series Ibanez guitars and a set-list from both his 2010 album Fuzz Universe as well as older material.

Guitar lovers will also be glad to see Dweezil Zappa returning to Stockholm. Dweezil’s father, Frank Zappa, was arguably one of the most original guitarists in rock history and definitely one of the twentieth century’s most important musicians. Since 2006, Dweezil has been leading a tribute act devoted to playing the music of his father, who died of prostate cancer in 1993. The project, Zappa plays Zappa, has already given a couple of great concerts in Stockholm, and this time Dweezil and co. will play at Filadelfia Kirkan on November 12th and the show is set to include the classic album Apostrophe (‘) played in its entirety.

Another famous relative playing in Stockholm this month will be Sting’s daughter, Eliot Sumner, performing under the band name I blame Coco. Her debut album The Constant was recorded in Sweden and will be released on November 8th. She plays Strand on the 26th.

Other notable concerts this month will be given by American folk singer Mary Gauthier who will play at Bryggarsalen on November 7th, folk rock singer Lissie who will play at Debaser’s Slussen location on the 10th while indie rock band Beach House will play on the same night in the Medborgareplatsen venue. Debaser will also host American Idol finalist, Adam Lambert on the 9th, Sleepy Sun a psychedelic rock band from San-Francisco on the 19th, NYC electronic music duo Ratatat on the 7th, LA rock band Autlux on the 30th, electronica Toronto based Holy Fuck on the 13th and Jesse Malin and the St. Marks Social on 26th.

While most of these musicians are in their 20s and 30s, some old timers will also grace Stockholm’s stages this month. Mavis Stapels, a 71-year old R&B and gospel singer and civil rights activist, will play at Nalen on the 19th. Göta Källare will host R&B and soul veterans Tower of Power on the 5th as well as the “father of Ethio-Jazz”, Mulatu Astatke on the 4th. 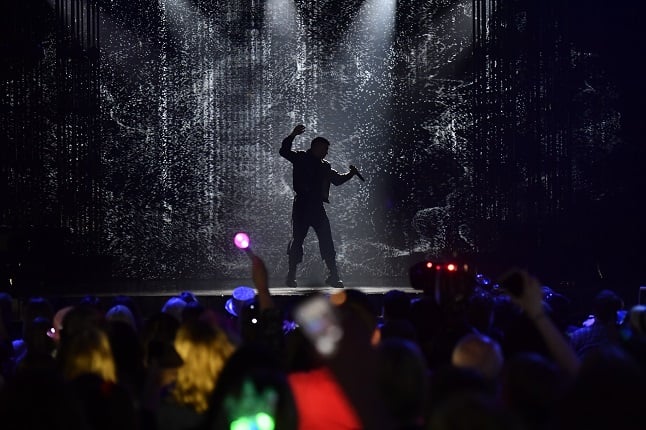