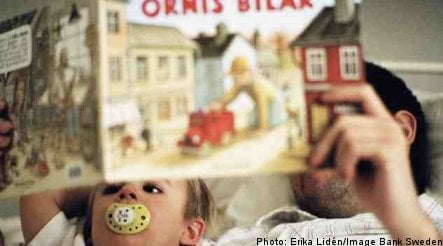 The latest Work Life survey of 8,000 Swedes indicates that as many as 62 percent of men are prepared to give up their careers for a couple of years in favour of their partners, while only 39 percent of women could consider doing the same.

Among those born in the 1940s and 1950s, as many as 70 percent could consider easing off at work to support their partners, the survey commissioned by staffing firm Manpower Sweden showed.

“The survey indicates a new attitude among Swedish men which will probably affect equality in the labour market in a positive manner,” said Peter Lundahl, Manpower Sweden CEO.

A recent survey by the website Familjeliv received attention for suggesting that Swedish mums would like to spend more time with their kids, with half of respondents expressing a belief that other women would rather be housewives if they could.

The Familjeliv survey was reported in some media to indicate a new “housewife wave”, and the new survey by Manpower has been taken to indicate that Swedish men are of a similar mind.

Among younger people the difference between women and men are less pronounced.

The survey indicated however that a majority of Swedes are prepared to work extra to meet higher demand and almost as many are prepared to educate themselves in their free time in order to get ahead in their careers.

Every other Swedish man is prepared to be available on their holidays and more men that women are prepared to move in order to find work.

The Manpower Work Life survey is Sweden’s largest labour market panel which continually reports Swedish attitudes to work, pay, and all that is important in life. The panel consists of some 20,000 people made up of a cross-section of Swedish society.