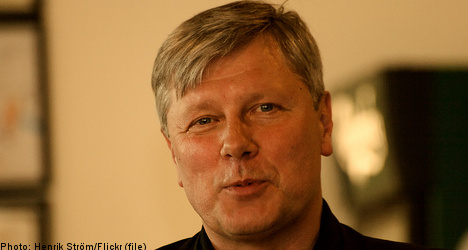 According to the party, the government’s current stance is too far from the Left Party’s views.

“Our assessment is that negotiations with the government would at best result in Sweden presumably keeping troops in Afghanistan after 2014, just with a little different alignment,” Left Party leader Lars Ohly said in a statement.

He added that he does not know what the decision means for Red-Green cooperation.

“It is a pity that the Social Democrats and Green Party do not stand by the Red-Green Afghanistan agreement. It means that we in the Left Party must work even harder as the opposition on this issue,” said Ohly.

Ohly also thinks that it is wrong for the Social Democrats and Green Party to proceed further in negotiations with the government.

“They will interpret it as the government approaching the Red-Green agreement with big steps. That is totally crazy. It is important that voters can trust what we said in the election,” he said.

In addition, he criticised the government for its inaction on the issue.

“Our assessment the entire time has been that the government has come up with very weak wordings,” Ohly told news agency TT on Monday morning.

“We have demanded a very clear change in the Swedish strategy, from military to civilian, with increased aid as a result and clear start and end dates for withdrawal. None of the four points have been met,” he added.

According to Ohly, the government has always wanted vague assessments for the time of withdrawal.

“In the end, it may mean that Swedish soldiers remain in Afghanistan indefinitely,” said Ohly.

The Left Party will now put forward a motion in parliament on its own with content from the Red-Green agreement in August.