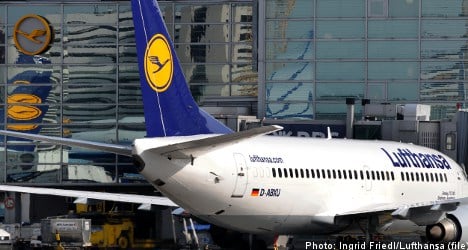 Lufthansa chairman Jürgen Weber has previously avoided directly answering questions regarding the possible purchase of SAS, but on Monday he clearly stated that the firm was an attractive proposition.

“We would happily integrate SAS,” Weber said at a press conference in Frankfurt, while expressing concern at the firm’s massive debts.

“It is no secret that SAS and Lufthansa are a perfect couple in many areas,” Dünhaup told Norwegian news agency NTB.

Lufthansa have been one of the driving forces of the consolidation of the European airline industry in recent years. Following the purchase of Swiss International Air Lines in 2005, the firm has added Austrian Airlines and British Midland to its stable of companies.

Rumours of a interest in SAS have long been circulating and the firms already operate a significant number of code share services out of Scandinavian destinations.

Meanwhile, SAS, in which Norway, Denmark and Sweden together hold half the stock, has been hard-hit by the rise of low-cost airline Norwegian and by plunging passenger traffic numbers in the wake of the global economic crisis.

In the second quarter 2010, the airline narrowed its losses but remained in the red largely due to the hammering it took during the weeks of European flight chaos caused by a cloud of volcanic ash from Iceland.

Aside from SAS, Lufthansa is also reported to be interested in acquiring the Polish airline LOT as part of its strategy to build up capacity and take on global giants such as Emirates.