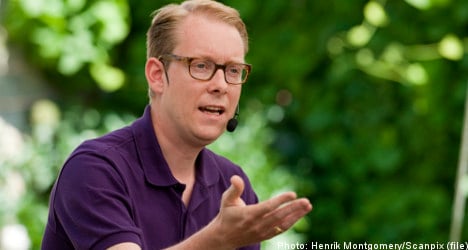 He finds it remarkable that the Greeks cannot even control its border with “hereditary enemy” Turkey.

“The conditions in Greece are very alarming,” said Billström after a consultation with the Swedish parliament Riksdag’s EU committee ahead of next week’s EU ministerial meetings.

Billström asserted that Greece has for many years ignored the problems and failed to ask for help from the rest of Europe.

As a consequence, a number of EU countries, including Sweden, are ignoring the European Union’s much-criticised Dublin II regulation, under which illegal immigrants must be sent back to the country where they entered the EU.

In addition, the EU has been forced to activate its special border guard corps for the first time.

This week, the EU’s border control agency Frontex sent helicopters, police cars and special vehicles with night vision, plus 175 officials from 26 countries, to a border section between Greece and Turkey that had been entirely unmonitored.

The question also plagues Swedish European Commissioner for Home Affairs Cecilia Malmström, who once again rushed to Greece for inspections and meetings on Friday.

In Sweden, the immigration courts have long held different opinions about whether asylum seekers who entered the EU in Greece should be sent back. EU rules say that the asylum seeker’s grounds for a residence permit should be considered in the EU country where they first set foot.

As a result, the Swedish National Migration Board (Migrationsverket) had demanded the Migration Supreme Court set a precedent. However, the agency decided on Tuesday to no longer wait any longer for a court verdict and will not send asylum seekers back to Greece for the time being.

Instead, the asylum seekers may be sent to countries that they passed through on their way from Greece to Sweden, according to Billström.

“The people who cannot be sent back to Greece will perhaps be sent to other EU states if they admit that they have come from these countries to Sweden,” he said.

“We will not stop the asylum process. What is needed now is a discussion on whether these cases should be tried in Sweden or not. It is a process the Migration Board has ahead of it,” he added.

He also said the Greeks are to a large degree responsible for the current developments in the situation.

“They do not even have a minister who handles these issues,” said Billström.