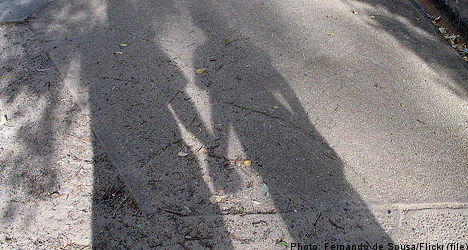 Varbergs District Court threw out the charges against the girl, who was 15 at the time of the incident, ruling that she had not subjected the boys to any abuse.

The court argued that in actual fact the boys, who were under the Swedish legal age of consent at the time, exploited the girl in order to shed their virginity and that the girl, who is now 16, did not exert any coercive influence on the boys.

The Local reported in October that prosecutor Lena Lithner of the Halmstad public prosecution office filed the charges against the girl, with police arguing that the law should apply to all.

“We have a law that says one should not have sex with someone else who is under 15. I think that one should follow the law regardless of whether one is a girl or boy,” said detective chief inspector Inger Ohlsson of the county criminal investigation department to Radio Halland at the time.

Sex with minors under 15 years old is a crime that can be classified as statutory rape, but when the age difference is small, suspects are typically prosecuted for sexual abuse.

The incident took place in an apartment in Kungsbacka in western Sweden on March 27th.

The girl, who was acquainted with the boys, admitted to the circumstances, but denied that she had committed a crime.

The girl’s lawyer, Elisabeth Johansson, argued in response to the indictment that prosecutions of this type were extremely uncommon in Sweden and expressed surprise that the prosecutor had decided to pursue this case.