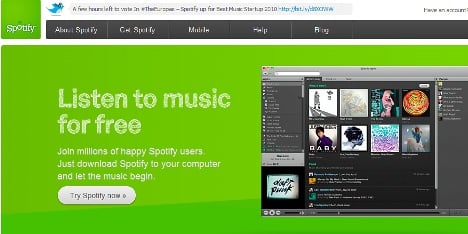 However, the market for advertising-funded radio only increased by 7.5 percent in the same period. From January to October, the total increase in media investment in the radio market was only 11 percent significantly worse than the overall market.

“The decline of the radio has two main explanations. Radio was the category that relatively weathered the recession best last year. A consequence is that its recovery will not be as strong as a percentage,” Håkan Gustafsson, CEO of Carat Scandinavia, which conducted the survey on behalf of the organisation, said in a statement on Tuesday.

In addition, the sharp increase in the use of so-called smartphones has also contributed to an increase in listening to podcasts. This in turn has led to a rise in listeners to national broadcaster Sveriges Radio (SR) as a whole because it has the largest selection of podcast programmes in Sweden.

“At the same time, we clearly see that commercial radio is starting to lose listeners to the internet [through services] such as Spotify. This applies both to the proportion of listeners and share of advertising money,” added Gustafsson.

The categories that increased the most in terms of media investments were television, cinemas and local press. Total investments from January to October rose 18 percent from last year, while the total brought in in September was 1.3 billion kronor ($190 million).

Cinemas had a good month as well, growing 35 percent compared with 2009. For the year up to October, media investment in cinema has increased 24 percent, ahead of the entire market.

“October’s positive development for television may be partially explained by a seasonal effect since there were comparatively low results in September,” Sveriges Mediebyråer CEO Staffan Slörner said in a statement.