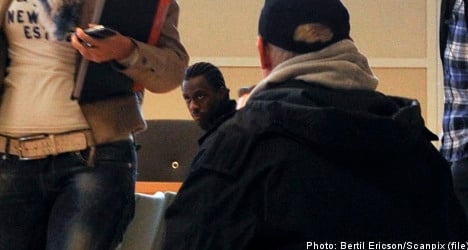 Johnson is accused of assaulting a 22-year-old woman at his home in Solna north of Stockholm on May 27th. He was charged at Solna district court by prosecutor Henry Söderman on Thursday, newspaper Svenska Dagbladet (SvD) reported.

Johnson was detained on suspicion on rape on October 15th after he was arrested by the police three days earlier. He has denied the charges.

Johnson met the woman at a restaurant in Stockholm, after which he invited her and another man to his home, where he allegedly attacked the woman and raped her while she screamed no, according to the indictment.

“I contend that this occurred in his home,” Söderman told SvD on Thursday.

The evidence for the case consists of the interrogations of the woman, Johnson and the man who was present in the apartment during the attack, as well as further witness accounts.

“I think there is enough evidence in the case to initiate legal proceedings,” said Söderman.

The police have not yet referred to any technical evidence.

Johnson has been involved in a series of scandals while playing for AIK and Häcken in Sweden. He was convicted of drink driving on several occasions, as well as assaulting his then-girlfriend in 2005, receiving a sentence of 60 days community service.

Despite his criminal record in Sweden, he was granted Swedish citizenship in March. His arrest is the latest in a string of setbacks for Solna-based AIK, which was recently fined by UEFA following crowd trouble, provoking strong reactions from key sponsors.