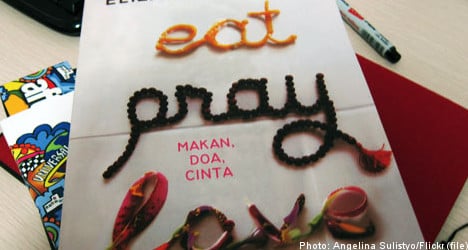 Oprah Winfrey has invited the author to her popular television show several times. The film version, starring Julia Roberts, drew over 70 percent of US female moviegoers during its opening week.

The fundamental idea in the book is that the divine dwells within us and by looking inwards, we find happiness. But “Eat, Pray, Love” is only one part of a larger contemporary phenomenon that is a billion dollar industry.

The positive philosophy insists that we choose our thoughts and therefore we can literally think ourselves to success. Many self-help books in the genre, not least the best seller author of “The Secret”, pay tribute to the law of attraction. Positive thoughts attract positive people and events. Negative thoughts have the opposite effect. Those who dwell on illness have illness, those who focus on wealth becomes wealthy.

The gospels of positive thinking have not only conquered gemstone healers, but have also gotten into the corporate boardroom. The film “Up in the Air” portrays this phenomenon with irony. George Clooney plays a redundancy consultant who continually dismisses desperate employees with the mantra: “Look at this as a new start! Anyone who has ever built an empire and changed the world has sat where you sit now.”

The problem is that if getting well, getting a new job or avoiding welfare is your own responsibility, then failure to do so is also the individual’s own responsibility. It paves the way for a cynical outlook. The American journalist Barbara Ehrenreich examined the positive philosophy after being confronted with the it when she was diagnosed with breast cancer.

Ehrenreich was infuriated by the claim that you can think yourself healthy. Patients she met had embraced the view that cancer as a gift that change their attitudes and were convinced that worrying would make the tumor to grow faster.

A growing trend, preached by Oprah Winfrey, is the keeping of gratitude diaries. Gratitude diaries are now even available as iPhone applications. One of the prophets, Sarah Ban Breath Nach, testifies to her personal experience of keeping a gratitude journal:

“I started by giving thanks for everything: daisies in a jam jar on a windowsill, the sweet scent of my daughter’s hair.”

In short: be grateful for what you have instead of fretting over it you have not.

Yes, it’s certainly useful to think of positively instead of burying oneself in grievances. This is shown by the success of cognitive psychology. And yes, it can give spiritual harmony and inspire good actions.

But history teaches us that it’s critical thinking and anger at injustice that brought the world forward and increased humanity’s collective happiness.

Revolutionaries such as Mary Wollstonecraft, Martin Luther King and Lech Walesa were not grateful. Democracy fighters who I met in Cuba, in Belarus and in Somalia are not grateful. And we should be happy for it. The World Values Survey research project shows that the main factors behind the increase in happiness are democracy, tolerance, freedom and global economic growth. We cannot achieve things by just sitting behind ashrams walls and meditating.

This optimistic philosophy has gained particular support among women and it is a feminist challenge to respond to it.

We appreciate that female suffrage exists, and are thankful to the fact that suffragettes wrote glowing pamphlets instead of gratitude diaries. Many of the victories of feminism are still ahead of us.

In the country where Elizabeth Gilbert’s guru lives, in India, millions of female fetuses are aborted, for example because of the dowry system. And a frightening one quarter of the world’s maternal deaths occur on Indian soil. Holy wrath is a force that can bring the world’s happiness forward, rather than gratitude.

Jenny Sonesson is the president of the Women’s Association of the Liberal Party (Liberala Kvinnor) in Stockholm. 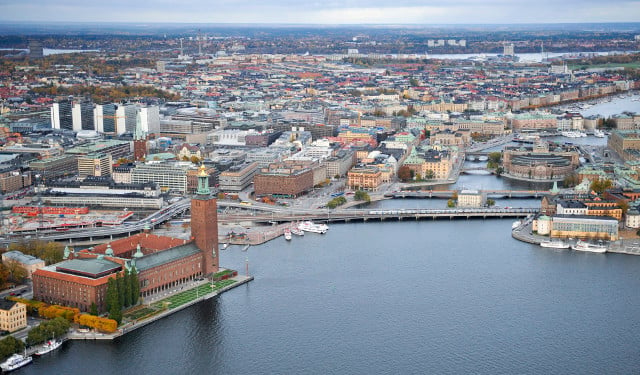 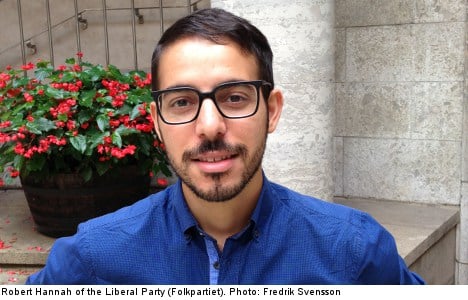 “I realized that I couldn't be credible if I didn't practice what I preach. I needed to deal with it and stop lying to myself and everyone else,” human rights lawyer Robert Hannah, 28, told The Local.

Hannah had much of Sweden talking on Monday after he come out as a homosexual in a personal account published in the Dagens Nyheter (DN) newspaper.

In the article, entitled 'From now on I will be myself' (Från och med nu är jag mig själv), the local Liberal Party (Folkpartiet) politician who lives in Bromma outside Stockholm, explained how he struggled to unify his sexual preference with the strict morals of the Assyrian culture in which he was raised.

“Oppression is a part of my everyday life, as normal as eating breakfast or taking a shower in the morning. And I hate it,” he wrote.

The piece goes on to describe Hannah's efforts over the past 15 years to protect his family from the “shame” of having a homosexual member of the family.

“In the Christian Assyrian culture, where I have my roots, having a homosexual son or daughter is the worst thing that can happen to a family. Being a homosexual is disgusting, unnatural, and completely reprehensible,” he wrote.

Born and raised in Gothenburg suburbs with large Assyrian communities, Hannah eventually fled to the Swedish capital to build a new life, accepting that “I am Assyrian in Gothenburg and gay in Stockholm”.

The article quickly had much of the political establishment talking, drawing kudos from across the spectrum.

“It's a much bigger problem in Sweden than most people realize, I think. There are thousands of people who suffer the same way I have. Many of us are left in a no man's land between our families, the cultures in which we were raised and our hidden identity as homosexuals,” he told The Local.

“I think it's important to highlight the everyday oppression that many people face. Most of the time, the expression of this so-called honour culture in Sweden isn't about high-profile acts of violence, but rather the small lies we all tell ourselves and others in order to fit in: it's not being able to be honest with ourselves.”

When asked about his decision to come out, Hannah cited his experience at Stockholm's Pride festival, which wrapped up earlier this month. He explained that he was struck by how few of the people he spoke with while manning the Liberals' booth at Pride were homosexuals with immigrant backgrounds.

“This is a city where a third of the residents are foreign-born, but that wasn't reflected at all at Pride. There were really very few LGBT people with immigrant backgrounds,” he said.

With an eye toward earning a spot in the Riksdag in Sweden's 2014 parliamentary elections, Hannah realized he needed to stop “living a lie” even if it meant putting his family's standing in the Gothenburg Assyrian community in jeopardy.

“The hardest thing to deal with was how coming out would affect my family,” he said.

Prior to Monday's publication of the article, Hannah travelled to Gothenburg to warn the closest members of his family. While he was hesitant to divulge many details about the meeting, he was pleased with the outcome.

“It went better than expected. I was really surprised,” said Hannah.

In publishing the article, Hannah hoped to turn a page in his life.

He's also been left in awe of the response generated by the article, which quickly shot up to be the most read story on DN on Monday, and spawned a flood of shares and accolades on social media.

“It's really unbelievable,” said Hannah when asked about the response to his decision. “I've been inundated with emails, messages on Facebook, Twitter, everywhere.”

“One of the biggest surprises has been how many of my countrymen have gotten in touch and expressed their support. I haven't received one negative reaction saying I shouldn't have done it.”

Hannah agreed that the decision to come out of the closet is difficult for anyone, but that those who grew up in cultures marked by the sort of overt hostility to homosexuality that pervades the Assyrian community often face additional pressures.

However, he hopes his decision will inspire some of the other “thousands” of closeted gays in Sweden from “honour cultures” to be open about their sexuality.

“Life has more meaning when you live as you are, when you are true to yourself, and don't conform to others' limitations,” said Hannah.

“In Sweden, it is possible to live life as a homosexual. There is a lot of support. I know of many people in politics, the business community, and cultural figures in Sweden who have lived like I have. And I hope my decision inspires them to come out.” 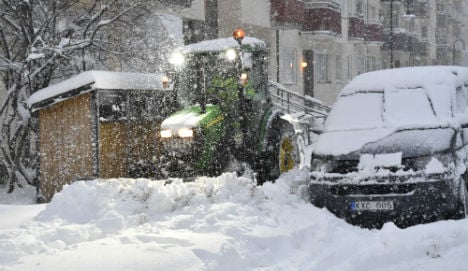 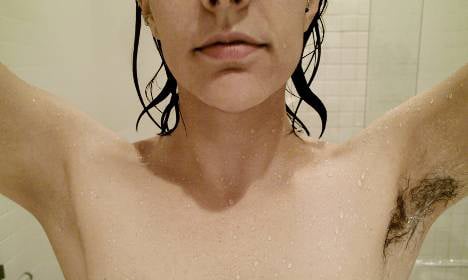