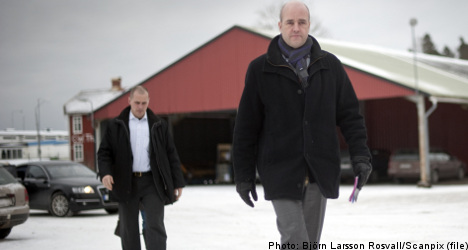 The DN/Sydsvenskan/Synovate poll shows support for the Moderates at 37.5 percent, the highest level for the party in the measurement’s 31-year history, compared with 27.7 percent for the Social Democrats.

The ruling centre-right coalition led by 10.5 percentage points over the opposition in the poll, with 52.7 percent support compared with 42.2 percent.

Social Democratic party secretary Ibrahim Baylan is not surprised by the party’s level of support in the poll.

“After the last weeks’ developments and events, I am not surprised that it has led to some uncertainty,” he said.

Baylan does not believe that the polls themselves will affect the party’s renewal process.

“I do not feel particularly worried because we know that the value of poll numbers early in a term is not necessarily an indication of how the election will go,” Baylan added, referring to the party quickly polling a seemingly impregnable lead after losing the 2006 election.

“We had a strong advantage and we know now that it ended with the worst election since 1914,” he rued.

The party’s top executives met at party headquarters on Friday for the first time since leader Mona Sahlin stepped down two weeks ago to discuss the party’s future.

“The actual election results are more than enough to instill a sense that we need change,” he said.

The executive committee of the Christian Democrats met on Friday.

At the meeting, embattled party leader Göran Hägglund addressed an email in which, according to Expressen, outgoing party secretary Lennart Sjögren scolded party critic Bengt Germundsson for his harsh criticism against Hägglund and the party leaders last month, calling it “inappropriate.”

The party will appoint a new party secretary next month.