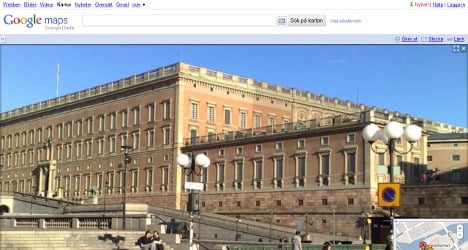 “We recommend once again that this data can, and should, be deleted,” said Göran Gräslund, director-general at the Swedish Data Inspection Board (Datainspektionen), in a statement.

Google contacted the board earlier this year and admitted that it had mistakenly collected data from wireless networks while photographing Swedish cities for its Street View mapping service.

The firm sought clearance to remove the data, which it received from the board in May.

However, the firm chose to retain the data due to ongoing legal proceedings in other countries. At a meeting on November 15th, the board concluded that the information had not been deleted and it has now renewed its recommendation.

“As the WiFi data was collected by mistake, it should be deleted as soon as possible,” Gräslund said.

“One of the Data Inspection Board’s most important tasks is to get businesses, government agencies and others who handle personal information in an incorrect way to remedy the situation and this is an example of that.”

In May, the board informed the firm that the deletion of the information was an “adequate and appropriate measure from a data protection perspective.”

Gräslund confirmed that since Google has declared its intention to delete the data, the board does not currently intend to open a “supervisory investigation,” but required the firm to confirm when it has completed the deletion of the data.

The Street View service has been dogged by controversy around the world and particularly in Europe. In March, the company said it may cancel the service in the EU if data protection regulators reduced the storage time of the images to six months from 12.