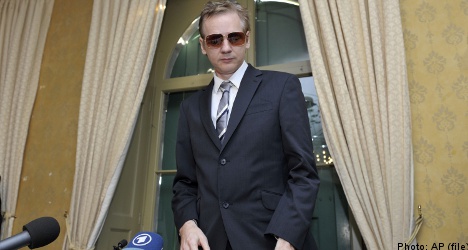 “We received the appeal today,” Kerstin Norman, the case handler on the docket, told AFP.

The Stockholm district court ordered an arrest warrant on November 18th for Assange for questioning on “probable cause suspected of rape, sexual molestation and unlawful coercion” in Sweden in August.

The court order allowed prosecutor Marianne Ny, who had requested Assange’s detention, to prepare an international arrest warrant for the 39-year-old Australian, who travels constantly and whose whereabouts are mainly kept secret.

Assange, whose whistleblower website unleashed a new storm at the weekend by beginning a massive release of classified US diplomatic cables, appealed the lower court order, but his petition was rejected by the Stockholm Appeals Court last week.

Norman said the country’s highest court would first need to determine whether to hear the case at all.

“This is a so-called high-priority case, so that decision should go quickly,” she said, adding she expected the ruling to come “tomorrow, the day after, but also perhaps next week.”

Such a hearing would also likely go quickly, Norman said, adding it would take anywhere from “a few weeks to over a month, depending on the circumstances.”

Assange’s lawyers both in Sweden and Britain have decried prosecutor Ny’s decision to seek their client’s arrest simply to interrogate him, insisting he had proposed several dates and times for questioning, but had been turned down.

WikiLeaks began at the weekend slowly releasing around 250,000 sensitive US diplomatic cables, again sending shockwaves around the world after its two other mega-leaks this year involving hundreds of thousands of classified files on the US wars in Iraq and Afghanistan.