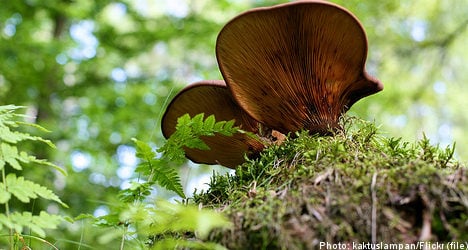 The actions of the girl, who was 17 at the time, came to light after her mum approached the healthcare authorities with a series of symptoms, including dizziness, tiredness and unease, according to local media.

Doctors were initially baffled by the woman’s condition but were helped in their diagnosis after another family member came forward with information that they had seen the daughter put diverse medicines and mushrooms in her food.

The daughter has now been charged with assault with an alternative charge of causing bodily harm.

The teenager’s mother has said in police interviews that following a move to a small village near Sundsvall five years before, her daughter experienced a slew of problems, the Sundsvall Tidning daily reported.

Among other things the mother told police that her daughter was often out late and came home with money she could not account for, and that naked pictures had been found on the family computer that the girl had sent to various men.

The mother felt obliged to contact the youth psychiatry services for help and it was around this time that she began to feel unwell, the newspaper reported.

The girl has meanwhile claimed that the medicines that she put in her mother’s food were in fact sleeping pills, saying that she wanted to sedate her in order to avoid continued abuse.

The court case against the 19-year-old is scheduled to commence in January.