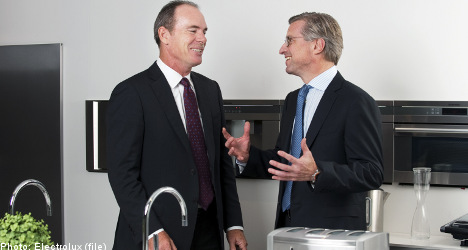 According to the newspaper’s review, only three people with non-European backgrounds could be found among the companies’ operational management teams.

Sweden’s minister for integration Erik Ullenhag called the results a “total market failure” and wants to teach the Swedish business community “a lesson.”

The dearth of executives with non-European backgrounds in management at Sweden’s publicly traded companies is tied to a failure in Sweden’s “non-functioning” integration policy over the past decades, according to an economist at the Confederation of Swedish Enterprise (Svenskt Näringsliv).

“It has been a very non-functioning integration policy, about getting them apartments, not jobs. The education system has also not worked in getting them the Swedish skills demanded on the labour market, which results in the low level of executives among non-European-born workers,” economist Li Jansson of the organisation told The Local on Friday.

Jansson collaborated on a large report this summer that found that non-European citizens have trouble establishing themselves in the market.

The organisation noticed that employment rates are very low. Only 50 percent of non-EU-born residents in Sweden are employed, including those in programmes subsidised by government, compared with 80 percent of those born in Sweden.

“The main reason why it is very hard is if you are not at all in the labour market, there are fewer people who can get to a senior position,” Jansson explained.

She added that Swedish demographics have changed dramatically in the last two decades. While 7 percent of the Swedish population was born outside of the EU in 1997, the number jumped to 11 percent in 2008.

In addition, there were wide differences in employment rates across Swedish municipalities among non-EU-born workers, ranging from 17 percent to 76 percent, with Trosa southwest of Stockholm coming out on top.

“Traditional policies don’t matter, but there is a large effect statistically. It is much better in those municipalities with a very good company company. They have a positive effect on employment,” said Jansson.

She noted that these companies have more foreign-born workers in leading positions and jobs matching their skills and education levels, especially those with college-level qualifications.

Municipalities with more flexible labour markets also had more competition for jobs and were more favourable to foreign experience.

Big cities were less likely to have high rates of employment for those born outside of the EU. Only four in 10 non-EU-born Malmö residents are employed, for example, said Jansson.

She also noted that certain sectors attract more of these workers. For example, 26 percent of non-EU-born women in Stockholm work in health care.

“It starts with getting a job,” said Jansson.