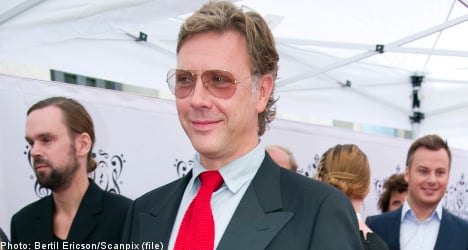 47-year-old Persbrandt is set to feature in Peter Jackson’s new filmatization of the J.R.R. Tolkien book “The Hobbit”, which is in fact a literary prequel to the celebrated trilogy.

According to an unnamed Aftonbladet source, Persbrandt’s role remains unclear but it will have a “Nordic” connection, and it is reported that he has already fitted his clothing for the part.

Mikael Persbrandt, perhaps best known for his role as Gunvald Larsson in the Beck films, will thus become the latest of a string of Swedish actors making the step to Hollywood. Known as something of a tough guy, both privately and publicly, Persbrandt has long stated ambitions to move into English language film.

The rugged 47-year-old received praise for his portrayal, in Susanne Bier’s latest epic “In a Better World”, of Anton – a doctor dividing his time between an idyllic town in Denmark and an African refugee camp.

In January 2009 he won the Guldbagge Award for Best Actor in a leading role, for his part in “Everlasting Moments”.

Persbrandt’s work on “The Hobbit” is scheduled to take place over a couple of weeks in the beginning of 2011, according to Aftonbladet, with the film’s US premier set for December 2012.