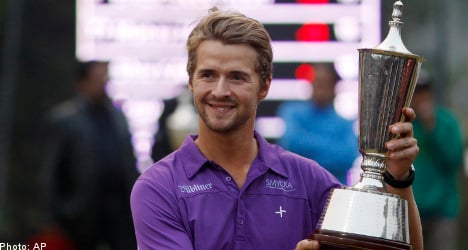 Karlberg earned a well deserved second Asian Tour title of the season at the Delhi Golf Club, where he also won the SAIL Open in April, by closing with a two-under-par 70 after two superb finishing birdies.

His two-shot victory from overnight leader Baek Seuk-Hyun of Korea, who carded a final round 73, was worth $198,125.

Baek, 20, birdied the last hole for second place, where a career-best cheque of $135,625 was good enough to secure him a Tour card for next season.

Indian Manav Jaini, who held the lead on the back nine after turning in 31, dropped three bogeys on his homeward journey to settle for a share of third place after a 70 alongside countryman Shiv Kapur, who shot the day’s best of 67.

“It feels just amazing. I feel so comfortable when I’m here. Even when I was struggling today, I felt confident. I am really thankful for the support from the fans and I really like it here,” said Karlberg, who has now earned nearly $600,000 in his rookie season on the Asian Tour.

Karlberg fought tooth and nail with playing partner Baek and Jaini, who was in the group ahead, and seized the initiative with a 20-foot birdie putt on 17 which gave him a two-shot cushion.

However, Karlberg, who turned 24 earlier this week, made matters interesting by sending his third shot into the sponsor’s marquee and with Baek in birdie range on 18, a two-shot swing and a play-off was on the cards.

After taking a free drop, Karlberg sensationally holed out his fourth for an unlikely birdie before screaming in delight to the raptures of a large gallery around the 18th green.

“I made great up and downs all week,” he said after totalling 11-under-par 277 for the week. “The first day, it felt solid and then I struggled a bit. My short game has been unbelievable. I feel comfortable on the greens.

“It feels unbelievable. I came here with the goal to win as I wanted to get closer to Marcus Fraser to try to win the runner-up spot on the Order of Merit.”

After missing an easy two-foot birdie chance on the first hole, the Thai-based Baek struggled by going to three over through 12 holes before salvaging a lifeline with an eagle on 14 to stay within one of the lead.

A bogey on 16 derailed his hopes before his final hole birdie, which earned him his biggest career paycheque.

“I missed some tee shots, which was really bad. It was good that my putting was working. I was really nervous until the par five where I made eagle. Rikard played really good the last two holes for those birdies,” he said. 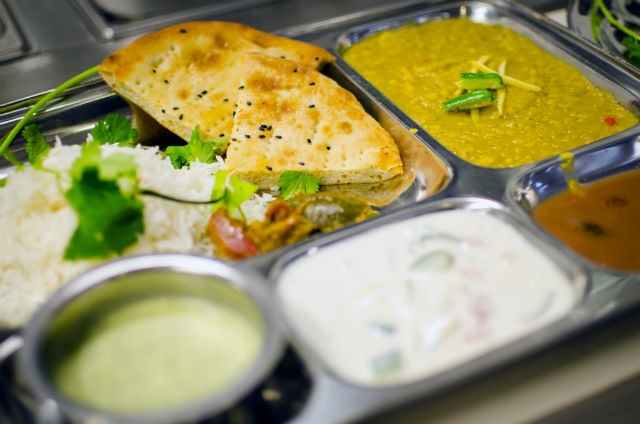 GOLF
Swede Kinhult looks to hold on to lead at French Open
Url copied to clipboard!