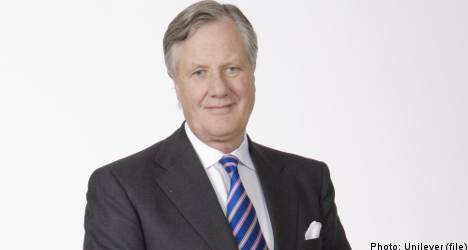 Treschow was appointed chairman of Ericsson in March 2002. One of his first measures was to initiate and successfully accomplish a rights offering of 30 billion kronor ($4.3 billion).

“When I joined, 1 billion people had access to a mobile phone. Today, more than five billion of the world’s population has access to mobile communications,” Treschow said in a statement on Monday.

Treschow was appointed chairman of Ericsson in March 2002. During his term, he appointed two CEOs: Carl-Henric Svanberg, who served from 2003 to 2009 before becoming chairman of embattled oil giant BP, and current CEO Hans Vestberg.

One of Treschow’s first measures as chairman was to initiate and successfully accomplish a rights offering of 30 billion kronor ($4.3 billion).

Under his stewardship, Ericsson has strengthened its financial position and played an active role in the industry consolidation. He successfully negotiated the acquisitions of fixed infrastructure firm Marconi, edge router specialist Redback Networks, Tandberg Television and Nortel’s CDMA, LTE and GSM assets.

Ericsson reported turnover of 206 billion kronor in 2009 and 88,000 employees in more than 175 countries. The company claims a market share of 40 percent for mobile infrastructure and a leading position in the fragmented services, with a 10 percent market share.

“It is an exciting future ahead for Ericsson, but taking into account its strong market and financial position, it is now the right time to hand over to a successor after nine years in this position,” he added.

Two billion phone users are dependent on Ericsson’s network support on a daily basis. At the end of last year, Ericsson had a net cash position of 36.1 billion kronor.

From 1997 to 2002 he was president and CEO of Electrolux and from 1991 to 1997 and held the same positions at Swedish industrial tooling and equipment maker Atlas Copco.

Ericsson’s nomination committee, appointed by the largest owners, will propose a new chairman at the company’s annual meeting next year or in 2012.

Following Monday’s news, Ericsson saw its share price drop 1.14 percent in early afternoon trading on the Stockholm stock exchange, which was down 0.42 percent.