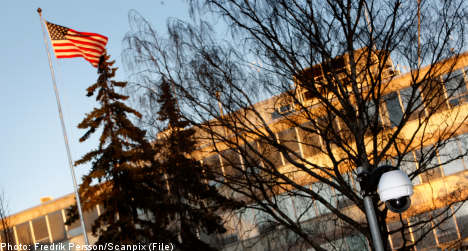 “The justice minister has to firstly explain what has gone on. And secondly she has to probe whether there is any truth to the information that the government tried to withhold important information from the Riksdag,” Johansson said on Monday.

If the information released as part of the WikiLeaks Cablegate documents turns out to be true it could be a very serious breach of the constitution, Johansson argued.

“If we hand over details of Swedish citizens to a foreign power, then it could ultimately be considered to be a breach of the constitution, then it is a very serious issue,” he said.

According to media reports on Sunday, Anna-Karin Svensson, a senior Swedish civil servant from the justice department, is alleged to have refused US demands for a formal agreement on information exchange covering terrorists as doing so would have required the issue to be presented to parliament.

The revelations were contained in a diplomatic cable sent from the US embassy in Stockholm in 2008 following discussions on the matter in Stockholm which included representatives from the United States’ Federal Bureau of Investigation (FBI).

According to the document, Svensson told the US delegations that it was a “particularly sensitive time”, as the government was still dealing with the fallout from a protracted debate about the so-called ‘FRA-law’, which authorised the Sweden’s National Defence Research Establishment (Försvarets radioanstalt) to carry out signals intelligence activities on domestic cable-bound traffic.

She added that it would be “politically impossible” for Sweden’s justice minister to avoid presenting a formal agreement with the United States on the exchange of information about possible terror suspects, explaining that doing so would also jeopardise existing “strong but informal arrangements” between the two countries.

As an alternative, Svensson advocated that Sweden and the United States continue with “existing informal channels” in order to avoid having to bring the matter to the Riksdag, according to the cable.

But Sweden’s foreign minister Carl Bildt on Monday rejected the notion that the intelligence sharing arrangement might constitute a breach of Swedish law.

“We have an extensive intelligence and security cooperation with many countries and it has become increasingly intense,” Bildt said.

Johansson argued however that the revelations could lead to demands for justice minister Beatrice Ask to resign.

“If it is shown to be as extensive as it sounds and is shown to be unconstitutional, then a demand to resign could result. It is a question of this magnitude, but we are not there yet,” he said.

But Ask responded on Monday that nothing of any note had occurred, underlining that the agreement that the Americans wanted with Sweden concerned terrorist screening, something Sweden didn’t want.

“This was rejected by the civil servant. We can’t have agreements which can’t be presented in the parliament and there is nothing strange about that,” Ask told news agency TT.

The revelations that an official from the Swedish justice ministry may have acted in a way so as to purposely keep the issue from being discussed in the Riksdag led the Left Party to demand the establishment of a truth commission.

“That a representative for the government or civil servant from the government offices conducts this type of discussion with a foreign power is not only inappropriate but perhaps also illegal,” said Jens Holm of the Left Party in an interpellation to Beatrice Ask on Monday.

But Ask argued that the leaked cables show that Sweden is generally sceptical of these types of intelligence agreements and explained that informal contact was a matter of course.

“I presume it refers to routine intelligence and security work which you always have in regard to fighting crime. This follows the rule and regulations which (Sweden’s security service) Säpo and others have,” Ask said. 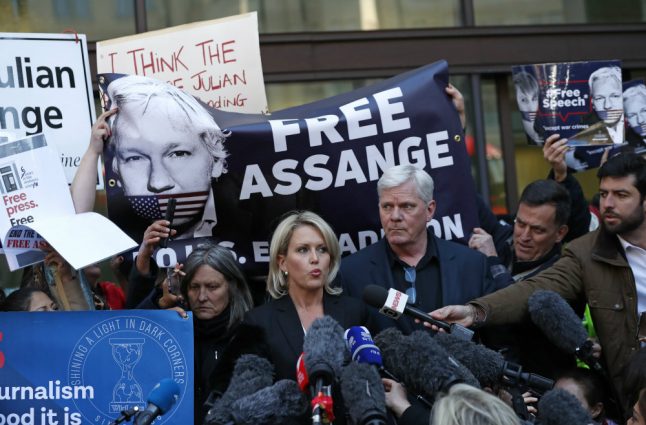