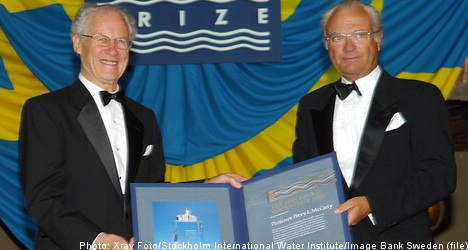 When the King made trip to Brazil in March, his delegation included representatives from a number of Swedish companies.

However, the fact that the King is a shareholder in five of the companies included in the delegation puts the him at risk for a conflict of interests, claims Stockholm University professor Clas Sandgren, chair of the Institute Against Bribery (Institutet mot mutor).

“He shouldn’t act in a way such that the business promotion activities he carries out as head of state benefit companies in which he has personal economic interests,” Sandgren told Sveriges Radio (SR).

When asked if the Royal Court looks at whether the King is a shareholder in companies present in his delegation, the Royal Court’s financial chief Jan Lindman said the Swedish foreign ministry was responsible for organising the trip.

He added that, in the view of the Royal Court, the King’s private economic interests were “absolutely not” advanced by the visit.

Caroline Vicini, the head of the foreign ministry’s protocol department, which arranged the state visit to Brazil, told SR that such visits are designed to promote Sweden’s interests.

“The only thing I can say is that we work within a system which is set up to promote Sweden’s interests and not the interests of a specific individual,” she said.

Vicini added that, as far as she knew, the presence on a state visit of companies in which the King owned shares didn’t break any laws.

Sandgren pointed out that even though the King is immune from prosecution, he should be as open as possible about the companies included on state visits to reduce the risk that he is perceived as unable to separate his private economic interests from his duties as head of state.