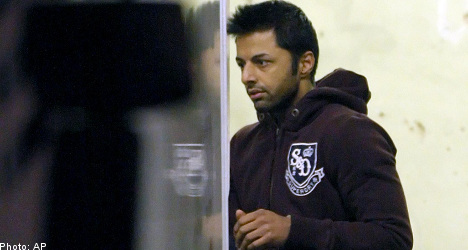 South Africa wants to extradite 30-year-old Shrien Dewani on suspicion of paying to have his wife Anni, a native of Mariestad in central Sweden, killed in a carjacking during their honeymoon in Cape Town.

Lawyers for the South African authorities had argued that there were substantial grounds for suspecting Dewani would not surrender for an extradition hearing later this month were he allowed bail.

Dewani strongly denies any involvement in the murder and told the earlier court hearing in London that he did not agree to the extradition.

He had been held at Wandsworth Prison in south London since appearing Wednesday at City of Westminster Magistrates Court on an extradition warrant.

The care home owner had handed himself in to a police station in Bristol, southwest England, on Tuesday.

His 28-year-old wife was killed on November 13th after the couple’s taxi was reportedly hijacked outside Cape Town.