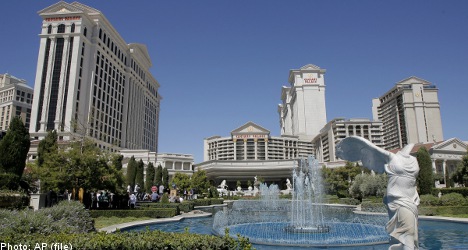 The store was slated to open in November, but the launch was delayed until Saturday for unknown reasons, according to the Las Vegas Sun.

“As H&M celebrates 10 years and over 200 stores in the US, we remain committed to increasing our presence in the US marketplace by opening the new H&M flagship location in Las Vegas, Nevada,” US President for H&M Daniel Kulle said in a statement on Friday.

He added that the chain is “thrilled” to continue its expansion on the West Coast. H&M opened its first US store in New York in 2000 and announced it would open its Las Vegas location in May.

H&M took over the three-level, 4,400 square metre space at the Forum Shops at Caesars, an upscale mall connected to luxury hotel and casino Caesars Palace on the Las Vegas Strip, from iconic toy retailer FAO Schwarz, which closed on January 23rd due to the economic downturn.

FAO Schwarz was bought out by toy store chain Toys “R” Us late in May 2009.

The store will operate on Sunday to Thursday from 10am to 11pm and remain open until midnight on Friday and Saturday.

The new outlet boasts a 15-metre-high atrium with disco balls and custom-designed walls with a light show.

It announced plans last month to open its first outlet in Singapore in the autumn of 2011 and opened its first store in Turkey in early November. It also inaugurated a three-storey flagship store in Paris in early October.