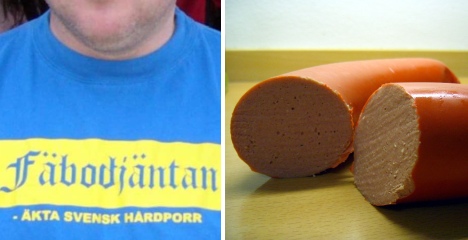 The complaint, received in late November by the Stockholm Diocese of the Church of Sweden, stems from the pastor’s choice of clothing while leading a group of young people on a post-confirmation trip to Taizé in central France.

According to the complaint, the pastor was wearing “extremely inappropriate clothing for someone representing the Church of Sweden.”

Since 2006, the parish where the pastor serves has arranged a leadership development trip to the French village, which is home to the Taizé Community, an ecumenical Christian monastic order established in 1940.

The programme is currently run by the pastor in question and, according to the parish website, the trip addresses subjects such as “the view of man,” as well as “attitudes, values, group dynamics, and communication.”

The complaint also criticises the pastor for posting images of himself wearing the porn-themed t-shirt on Facebook with a caption reading in part, “Every year I go to Taizé in France with teenagers from my parish.”

Produced in 1978, “Fäbodjäntan” features a famous scene involving a large Swedish sausage known as a falukorv.

Released abroad as “Hot Swedish Summer” and “Come and Blow the Horn,” the film is set in a mythical village supposedly located in the idyllic Swedish countryside in Dalarna in central Sweden.

In the village is an old horn which, according to legend, was blown by Vikings returning home after long voyages, signaling the village women to come and make love to the returning warriors.

When the horn is tested in the film, the lustful reaction of the women attests to the veracity of the legend.

The pastor has been notified of the complaint and has until January 5th to comment on the matter to the Stockholm Diocese.

In a statement to The Local, Stockholm Diocese spokesperson Annika Sjöqvist Platzer explained that, if the pastor is ultimately found to have violated church rules, possible punishments include suspension from leading sermons, being placed on probation, or receiving a written warning.

Attempts by The Local to reach the pastor for comment on Tuesday were unsuccessful.