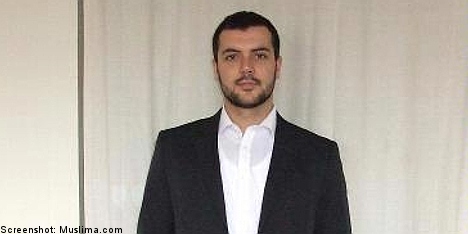 In a time of crisis or terror, journalism and social debate not only involve reporting and analysing the facts on-the-ground but also exposing the misnomers and falsities that gain currency. The act of terrorism in Stockholm this Saturday will surely be a boon for the peddlers of hatred like the Sweden Democrats in Sweden and Jihadist groups across Europe, as well as the merchants of fear attached to the military-defence-surveillance industry.

We need to realise and act upon the fact that terrorism is a battle of minds not of bombs, a clash of ideas not of cultures and civilisations. That is why Swedish society needs to be defended by its writers, poets, journalists, artists, and teachers rather than by the faceless members of the security police. This is not about counter-terrorism, but about defending our freedom. This is not a nationalist assignment, but a democratic responsibility.

What we need now is an engaged debate in newspapers, cafés, and Swedish for immigrants (SFI) language classes on the actual merits of the allegations against Sweden and her people purportedly put forward by the man who launched the suicide attack in Stockholm. After all, such terrorist actions are primarily designed to poison public conscience with false propaganda.

A careful reading of the statement released to TT and Sapö will reveal that the author was not only keen on the death of Swedish children, women, and men but also wanted to ensure the future births of foot-soldiers of Jihadist terrorism in Sweden and Europe. If we do not want that to happen, we need not throw bombs in retaliation nor install surveillance cameras, instead we should raise questions.

As the statement suggests, a cartoon by Lars Vilks is “injustice done against Islam and prophet Mohammad.”

The truth remains that Sweden is not the country where a Muslim can be jailed and tortured for saying, “There is no god but Allah, and Mohammad is his prophet.”

That country is Pakistan, where members of the Ahmadiya sect in Islam are forbidden by law from uttering the sahada; reading the Quran; saying their prayers; and, performing the hajj pilgrimage.

Injustice against Islam and prophet Mohammad?

The statement also cites the Swedish military presence of around five hundred soldiers in Afghanistan to establish the claim that Sweden has waged a war against Islam – an allegation clearly aimed at inciting Muslim backlash against Sweden. It suggests that Sweden is responsible for the deaths of “our [Muslim] brothers and sisters and children.”

Sweden responsible for the death of Muslim men, women, and children?

Ask the thousands and thousands of Afghan and Iraqi and Bosnian and Somali and Kurdish men, women, and children who received refuge in Sweden over the past decades, fleeing from wars and genocidal onslaughts that had nothing or little to do with Sweden.

Or ask the 500,000 Muslims in Western Sahara under the brutal occupation of Morocco; or the 200,000 Muslim Rohingya refugees suffering terrible treatment in Bangladesh.

Ask: How can we stop the birth of the next suicide bomber?

Tasneem Khalil is the editor of Independent World Report, a global magazine of human rights journalism based in Örebro, Sweden.