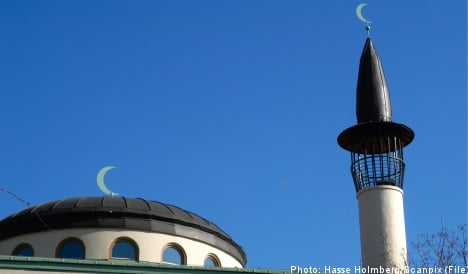 “It’s an attack on all of Sweden and against all of Sweden’s Muslims,” Omar Mustafa, chair of Islamic Association of Sweden (Islamiska förbundet i Sverige – IfiS), told the Svenska Dagbladet (SvD) newspaper.

Friday’s prayers will be the first since the attack, strongly believed to be carried out by Taimour Abdulwahab, a Swedish Muslim who is thought to have been radicalised in the UK.

Sweden’s Islamic association was quick to condemn the attack, which narrowly avoided causing mass casualties in one of Stockholm’s busiest shopping districts.

Mustafa, along with Ben Mamoud Rahman, chair of the European Council of Imams, have prepared a sermon portraying the attack as several crimes against Islam.

The sermon will be read at the start of Friday prayers at the Stockholm’s grand mosque on Södermalm, where an estimated 2,500 people are expected to attend, SvD reports.

Among other things, the sermon addresses Muslims’ relationship with Sweden, as well as how mosques view the attack and the perpetrator: “Sweden is our country, that which delights Sweden, delights us. That which hurts Sweden, hurts us.”

A summary of the text will also be sent to other mosques in Sweden.