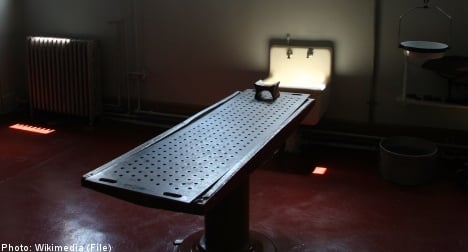 According to the course coordinators, the incident was “extremely unfortunate,” but they assert that the name of the body is always communicated in advance of each autopsy.

A medical student’s first autopsy tends to be an intense and trying experience in itself. The revelation that the body was their former instructor made the occasion all the more difficult.

“I was super-shocked,” one of the students told the TT news agency about his reaction when he saw the body on the bench.

None of the students spoke up when the autopsy technician got to work. However, several testified that the mood was tense and they began whispering to each other. They then tried to concentrate on the task at hand.

“The first autopsy is very emotional and we autopsied someone we knew,” another student told TT.

Several students admitted that they have thought a lot about the incident afterward and wonder whether it was really proper for them to have been exposed to such a situation.

“I spontaneously feel that something fell through the cracks in the procedures,” one student confessed.

Professor Birgitta Sundelin, the chief physician who was responsible for the course at the time, regrets the incident.

“It was extremely unfortunate. This is the first time I have encountered something like this,” she said.

She said that it is routine to tell the class the name of the person to be autopsied ahead of time and that the school did so in this case. However, according to the students, they did not see the name until they could read it from the corpse’s toe tag.

In addition, no one at KI had informed the hospital that the students would possibly be offended by the subject whose autopsy they going to perform.

Professor Tina Dalianis, the head of the department, has been informed of the incident. She said she sympathises with the students and that the incident must have been extremely difficult for them, but she does not think that the school has done anything wrong.

“It is really terrible, but it is part of education sometimes. Unfortunately, they must deal with it,” she said.

“Very unfortunate. Students should not have to feel uneasy during their education,” said Maria Ehlin Kolk, who is also a medical student at Umeå University.

“It is important that an autopsy truly be the educational opportunity that it should be. The question is how much these students learned from the situation,” she added.

Kolk thinks it sounds like KI need to tighten up its procedures and tell students in advance that they have the right to speak up if they know the person on the autopsy table.

“All universities should work out such procedures and documents,” she said.