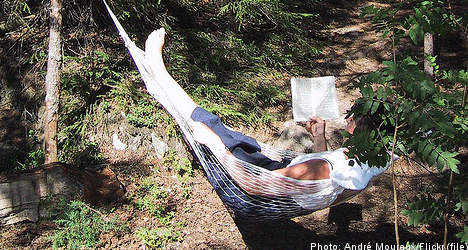 In addition, kindness became one of the desired traits for the first time in analysis firm United Minds’ annual survey on status.

“You can forget about earning status by showing off expensive tastes. Neither a volatile love life nor pricey gadgets count. Instead, one should invest in soft values such as being kind, well read, good at one’s job and handy,” United Minds CEO Marie Söderqvist said in a statement on Friday.

Söderqvist is also the author of a book titled “Status – the road to happiness.”

Separately, buying organic products came in 34th, while driving an eco-car fell to 42nd, compared with its peak at 29th in 2007.

The survey also examined what Chinese people determined was important for status. They believed kindness was most important, followed by being confident and assertive, having a clear outlook on life and a long and stable marriage.

The Chinese also valued people who built their own fortunes, while similar to Swedes, they were not very impressed with pricey gadgets.

“Environmental awareness has really taken hold in China. We noticed that it gives someone higher status than among Swedes. As a Swede, it is perhaps a bit surprising, but it is clear that China has come a long way as a technology and innovation country,” said Söderqvist.