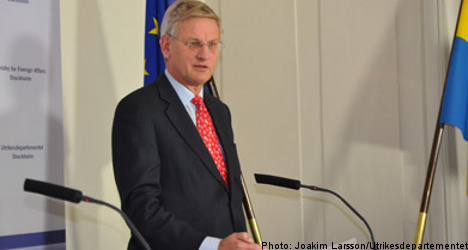 “This painful decision is a consequence of the parliament recently deciding to cut the allocation to the Government Offices by 300 million kronor ($44 million),” Foreign Minister Carl Bildt said in a statement on Wednesday.

The decommissioning of the five embassies will take place during 2011, the statement said.

Sweden’s Riksdag voted on December 9th to cut the government’s administrative budget in what was the first defeat suffered by the new Alliance minority government.

Carl Bildt described the cuts as “stupid, dangerous and harmful” and the foreign ministry declared that foreign missions in Algiers, Brussels, Buenos Aires, Havana, Hong Kong, Khartoum, Lisbon, Luanda, Pyongyang and Rabat were all in danger of being closed as a result.

Separately, it has been announced that Sweden’s ambassador to Poland Dag Hartelius has been appointed as the new head of Sweden’s Permanent Representation to the European Union.

Hartelius began working for the foreign ministry in 1985. He has held prior foreign postings in Moscow and Berlin, among others and since 2008 has served as Sweden’s ambassador in Warsaw.