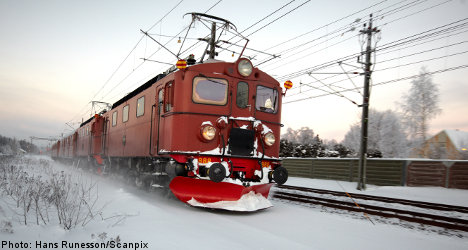 The trains, old DA locomotives normally resident in the Swedish Railway Museum in Gävle in northern Sweden, have been dusted off and put back into service to clear the tracks of snow between Mjölby and Alvesta in southern Sweden.

Furthermore a 100-year-old snowplough is in place alongside the tracks in nearby Nässjö, ready to be called into action if needed.

“These are made of stern stuff which can take the winter and we are very happy to be able to help to keep the railways running,” said Henrik Reuterdahl at the museum.

The two locomotives were constructed in the middle of the 1950s and are currently equipped with a heavy duty snowplough in order to perform their task.

The harsh winter will mean that costs for the maintenance of roads and railways will soar.

According to the Transport Administration’s preliminary estimates, costs for snow removal from roads will increase by approximately 100 million kronor ($14.63 million) compared to previous winters. The figure covers the whole of 2010 and thus part of last winter.

The administration also notes that the budget overrun has been the most extreme in southern areas of the country.

“It has been a busy Christmas period,” said Thomas Anderson at the administration.

The record winter has created a slew of problems for the maintenance of roads and railways with low temperatures combined with heavy snowfalls.

“We have not been able to battle the snow with salt as it has been colder than minus eight degrees Celsius in most parts of the country,” said Pär Gustafsson at the administration.

The administration’s budget extends over the entire 2010 and thus means that a large proportion of the costs of both this and last winter are in the same budget.

The situation could lead to some savings in maintenance in the summer months with cut backs on clearing verges and holding off on relaying roads as a result.

“But we will not pinch on the winter – it will cost what it costs,” Pär Gustafsson said.

Dag Rosander at national rail operator SJ was unwilling to speculate as to how much extra cost the winter has incurred.

“We may be able to see a little further on, on the other side of the new year, how it looks.”

He pointed out that SJ had strengthened its travel time warranty which may mean that winter will be somewhat more expensive for the company, although he was hopeful that it may attract more passengers to the railways.

SJ has also improved its rolling stock and set up a special department to take care of passengers hit by delays and cancellations. 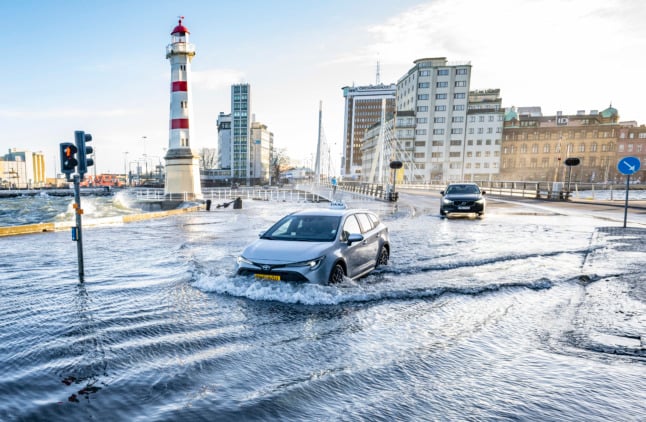