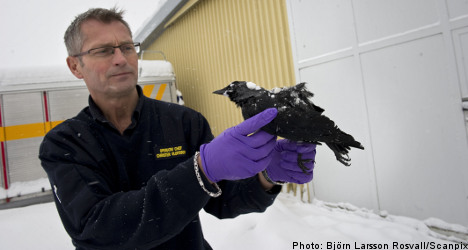 Shortly before midnight on Tuesday, residents found 50 to 100 jackdaws on a street in Falköping southeast of Skövde. The incident echoed a number of unexplained incidents earlier this week across the southern US.

County veterinarian Robert ter Horst believes that the birds may have been literally scared to death by fireworks set off on Tuesday night.

“We have received information from local residents last night. Our main theory is that the birds were scared away because of the fireworks and landed on the road, but couldn’t fly away from the stress and were hit by a car,” he explained to The Local on Wednesday.

He added that they likely had difficulty orienting themselves in the dark and although they have received one report involving a vehicular collision with the birds, ter Horst believes they may have been hit by more.

“We will continue to look at whether there are other theories, but then we have to do an autopsy on the birds. The birds just now are in a car on the way to a laboratory in Uppsala. We don’t know exactly what happened yet, but we will continue the investigation,” he added.

ter Horst noted that he has also received some reports about pigeons, but the incident has happened too quickly to assume that it is related to the untimely demise of the jackdaws.

The site where the birds were found has now been blocked for a veterinary inspection of the birds. Emergency services had cordoned off the area earlier on Wednesday.

According to Sveriges Radio Skaraborg, these are between 50 and 100 dead birds.

Anders Wirdheim of the Swedish Ornithological Society (Sveriges ornitologiska förening, SOF) believes the jackdaws likely were frightened in the middle of the night, then flew around in the dark and collided with various objects.

“Jackdaws spend the night in trees in large flocks. If they are frightened, hundreds of birds could take flight at once,” he told TT.

Wirdheim noted that the affected bird species in the US are also those who spend the night in large flocks. He added that the birds’ situation may have aggravated because they are weakened.

“This winter has been unusually tough and jackdaws may be in poor condition. That makes it easier for them to fly into different objects. There is very little food in the wild compared with previous years and I see dying birds every day,” he said.

Olov Andersson, the director of communications at the National Veterinary Institute (Statens veterinärmedicinska anstalt, SVA) in Uppsala, said the samples will arrive in several hours by delivery service depending on the weather.

He added that he hopes the animals are not crushed by car wheels or injured by cats and dogs. The animal carcasses will be examined anatomically. Bacterial and viral samples will be taken, as well as tests for avian flu.

“We may have results late on Friday or early next week,” he said.

Separately, 500 birds plummeted to the ground 580 kilometres away in Louisiana on Monday and a Kentucky woman reported finding dozens of dead birds in her yard.

Speculation on the causes of the US bird deaths has ranged from fireworks, the weather, noxious fumes or a “sonic boom.”

In addition, up to 100,000 dead and dying drum fish have washed up in the Arkansas River and tens of thousands of dead fish have been found in the Chesapeake Bay in Maryland. 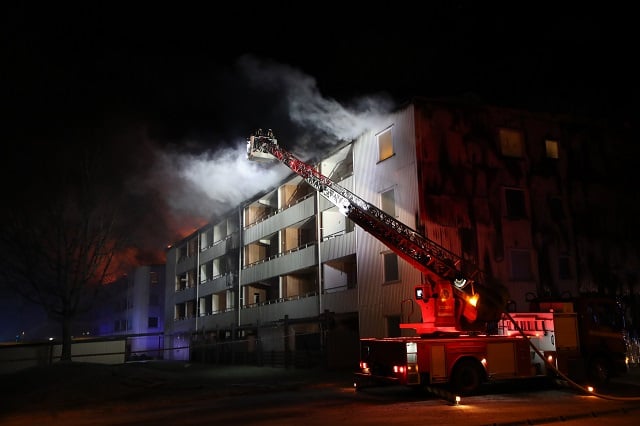