“Sweden’s GDP is growing at a record pace. Optimism is strong in most areas. That can very well mean that house prices will continue to rise and that the risk of a housing bubble increases if measures aren’t taken,” wrote Liberal Party economic policy spokesperson Carl B. Hamilton in the Dagens Nyheter (DN) newspaper.

Reducing the tax break Swedish homeowners receive on the interest payments they make on their mortgages is a “soft” way to control rising house prices without stifling growth for “the whole economy and job development.” he argued.

Hamilton proposes reducing the current 30 percent tax break to 25 percent at the end of the year, calling such a measure “effective and targeted.”

“It would be less advantageous for households to borrow, but not for companies,” wrote Hamilton.

“If the housing bubble were instead managed by the Riksbank through higher interest rates, there is a risk that the entire Swedish economy would be cooled off more than desired.”

Hamilton’s proposal comes amid speculation that Sweden is entering a housing bubble, with some experts arguing that steady rising real estate prices may come crashing down in the coming year as interest rates rise, further pinching the wallets of Swedish homeowners – many of whom have flexible rate mortgages.

Pär Magnusson, head analyst for the Nordics at the Royal Bank of Scotland, is among those concerned about a Swedish housing bubble.

However, he rejected Hamilton’s proposal of reducing the mortgage interest tax deduction.

“It won’t really have much effect. It feels like playing to the gallery,” he told the TT news agency.

Magnusson estimates that, at current interest rate levels, the reduction would be equivalent to a rate increase of 0.25 percent.

He believes a more effective instrument for dealing with a housing bubble would be a requirement that Swedes pay down the principle of their mortgages.

“That would give you a real effect, which addresses what the exact risk is,” he said.

An amortisation payment requirement on the amount of a mortgage that exceeds 70 to 75 percent of a home’s value would be appropriate, according to Magnusson.

He was also critical of moves by the Riksbank to combat rising house prices by adjusting the repo rate, Sweden’s benchmark interest rate.

Magnusson described monetary policy as too blunt a tool which comes down unnecessarily hard on the entire economy.

“It’s starting at the wrong end,” he told the TT news agency.

An important first step, he argues, is establishing whether or not there is a housing bubble and if so, carefully analyzing how to deal with it.

Mörtvik also warned for unintended consequences of a reduction in the mortgage interest tax break.

If the reduction isn’t compensated with a lower income tax, for example, the desired effect of controlling housing prices would disappear.

“And if prices aren’t brought under control and it just gets more expensive to borrow, that would make it harder for young people to enter the housing market,” argued Mörtvik. 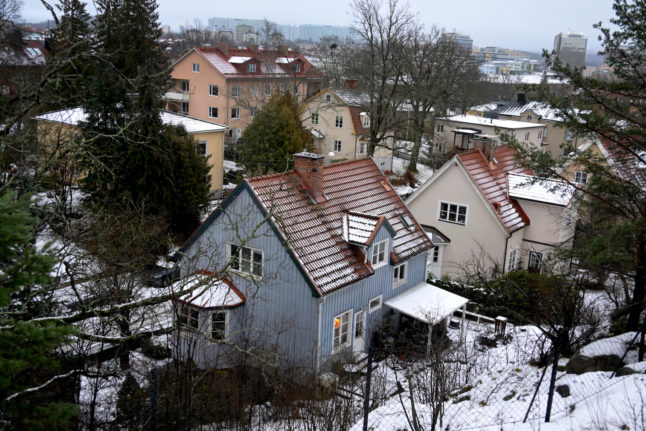 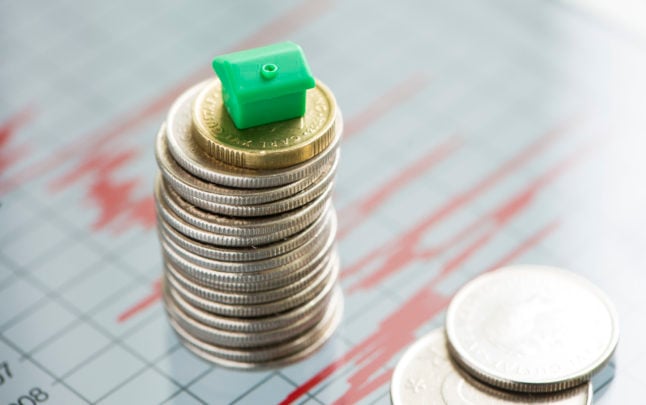 In a post on Facebook, we asked The Local’s readers to submit their questions on property. Here’s the first part of that article, where we discuss questions like whether it’s better to buy or rent, whether to buy a house or apartment, and if house prices have stabilised.

In this article, we answer questions to do with interest rates and mortgages.

When will interest rates start going down?

Most analysts expect the bank to increase the policy rate by 0.50 points at this meeting. Handelsbanken’s chief economist Christina Nyman told the TT newswire that she expects another rate increase in April to 3.25 percent, after which rates will stay at that level for some time.

Nordea’s economists have the same prognosis, while experts at Swedbank expect a further increase in June to a peak of 3.5 percent.

Danske Bank predicts that the Riksbank will raise rates by 0.5 percentage points in February to 3 percent total, with a possible second hike of 0.25 percent predicted for April, depending on inflation in the first quarter of 2023.

In terms of drops in the interest rate, it predicts that rates will remain high throughout 2023, with the Riksbank waiting until 2024 to lower the rate by a total of 1 percentage point.

What is the new normal for interest rates going to be?

As above, we can expect rates to rise and remain high throughout this year, dropping to around 2.25 percent in 2024, if Danske Bank’s predictions are correct.

Essentially, don’t expect rates to drop to the same low or even negative levels they have been in recent years any time soon.

How do you negotiate interest rates with the bank?

The first time you negotiate your interest rates will be when you buy your property. You might be keen to get a deal sorted as quickly as possible so you know your purchase has been finalised, but negotiating a good rate is important as it can literally save you thousands – or even tens of thousands – of kronor over the course of a year.

Firstly, do your research. This includes using price comparison tools such as Compricer or Konsumenternas, but also looking at individual websites of mortgage providers and comparing interest rates there.

Make sure you look at both listräntor (the advertised interest rates) and snitträntor (the average rates people were actually given in recent months) to get an idea of what you should be paying, and remember, the listränta is a starting point for negotiations rather than a fixed offer.

Check if your bank offers any discounts for moving your pension over or opening an account with them, or rewards for energy-efficient properties, for example.

Many banks have a calculator on their website allowing you to use a sliding scale to alter the size of your deposit and see how that affects your interest rate, so make sure to have a look to see if you can get any discounts there, too. Some banks will offer you a discount if your belåningsgrad (the size of your loan compared to your deposit) is lower, so consider buying a slightly cheaper property or putting in more cash, if you can.

Here’s our article on how to get the best rate on your mortgage for more advice.

When should I renegotiate?

In general, you should consider renegotiating your interest rate when your fixed-term rate expires (variable rates are technically fixed for three months, so this applies to all types of mortgage). You may be able to get a better deal if you qualify for any new discounts or if your circumstances have changed for any other reason, such as if you’ve paid off enough of your loan that your belåningsgrad is significantly lower than when you applied.

If you renegotiate your interest rate before your fixed-term rate has expired, you will be charged ränteskillnadsersättning (literally: “interest difference compensation”) to compensate the bank for the loss of income between the point at which you renegotiate your loan and the point your current rate was due to expire, so you may not be any better off financially than if you’d just kept paying the same rate of interest.

If you have a variable rate, however, you won’t be charged ränteskillnadsersättning for renegotiating your loan before the date your current interest rate is due to expire. 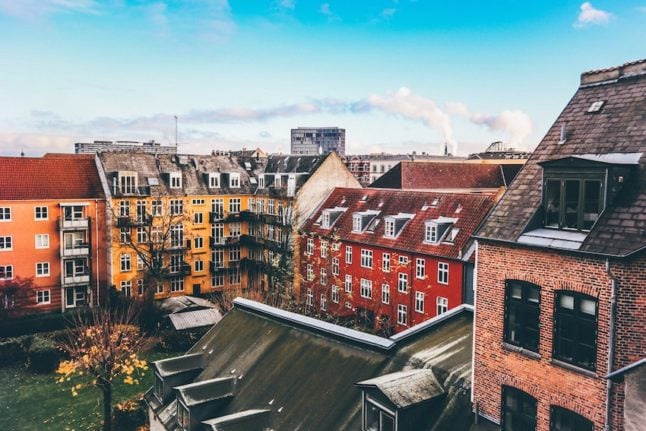 PROPERTY
IN CHARTS: How bad is the situation in Scandinavian housing markets?
Url copied to clipboard!