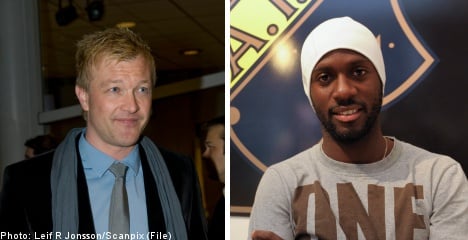 The convictions come in connection with a wider probe into a Romanian couple suspected of running a prostitution ring.

Hedman, who stood between the posts for Sweden’s national side between 1997 and 2004, admitted to police that he had sex with a young Romanian girl in a friend’s apartment in February 2010.

However, he claimed he had no idea the woman was a prostitute, an argument which the Stockholm District Court accepted when it acquitted Hedman in September.

But prosecutors appealed the ruling, and on Monday the Svea Court of Appeal overturned the acquittal, finding Hedman guilty of violating Sweden’s laws prohibiting the purchase of sexual services and fining him 2,500 kronor ($360).

While the court accepted that no proof could be presented that Hedman had paid directly to have sex with the woman, it argued that he should have realised the women who came to the apartment were prostitutes or paid escorts on account of their clothing and make-up and the fact that they spoke English with a thick accent.

“By having sex with one of them, the man took a conscious risk and he should therefore be convicted of purchasing sexual services,” the appeals court wrote in its ruling.

Former AIK forward Johnson, who was cleared of rape charges in December in a separate investigation, was also found guilty by the appeals court for one count of paying for sex and one count of attempting to pay for sex stemming from two incidents in March 2010.

Among evidence cited by the court were text messages sent between the Johnson and two Romanian prostitutes which indicated they were arranging a transaction for sexual services.

While Johnson claimed that he had lent his phone to a friend and that the unnamed friend had also borrowed Johnson’s bank card to withdraw money, Johnson refused to reveal the identity of the friend, prompting the court rule that the explanation was made up after the fact.