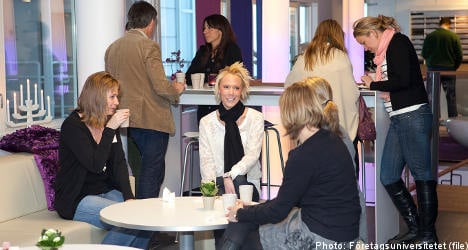 When you move as a manager to a new country, you are often faced with a raft of unfamiliar business practices, customs and laws. And while you might be able to make your new colleagues adapt to some of the business practices you have brought with you from home, when it comes to law, you’re the one who has to adapt.

In Sweden, labour law is one area that can lead to particular confusion for foreign managers. Sweden’s system gives trade unions an exceptionally high degree of influence in the process of laying people off and dismissing people.

Malin Ung, an experienced human resources consultant who teaches an English-language course in Swedish labour law at Företagsuniversitetet, argues that managers in Sweden should cultivate a constructive relationship with trade unions.

“When it comes to making redundancies, we usually say that there’s a principle of ‘last in, first out.’ However, this isn’t the whole truth,” she says.

In fact, Sweden’s Employment Protection Act (Lagen om Anställningsskydd, LAS) sometimes makes it possible to remove your longer-serving but ineffective staff member while keeping your new razor-sharp employee. You’ve just got to play by the rules – and it usually helps to keep the union involved every step of the way.

Another law that might surprise managers coming from many other countries is the Employment (Protection in the Workplace) Act (Medbestämmandelagen, MBL). This gives workers – which in practice often means their union representatives – the right to be consulted over major changes in the company.

“The idea is that employees, through the union, are given an insight into the company and can be a part of the decision-making process,” says Ung.

In other words, keeping your employees up to speed on major developments isn’t just good practice – it can sometimes be your legal obligation.

Other laws that can give foreign managers headaches are those governing various forms of leave, such as educational leave, parental leave or vacations. The vacation law gives employees the right to at least five weeks’ holiday, of which four can be taken out in a row in June, July or August.

Additionally, employees can save one of their vacation weeks for up to five years, giving them the right to take a 10-week holiday every six years. However, the employer does have the right to deny employees’ requests to take particular weeks off if it would inconvenience the business.

“Sometimes people have the impression that employers in Sweden can’t say no to anything, but that’s not true. Learning when you can say no is vital,” says Ung.

Ung’s one-day course at Företagsuniversitetet in Stockholm gives foreign managers the chance to brush up their knowledge on all the major aspects of Swedish labour law – to learn both the major principles and the details of the most important laws.

The course deals with co-determination, employment and dismissal, working hours, leave and the work environment.

“Most of those who attend the course are non-Swedes with management positions or non-Swedes who work in HR. But we sometimes have a few Swedish managers too,” Ung explains.

The one-day Swedish labour law course will next be held on March 24th in Stockholm. 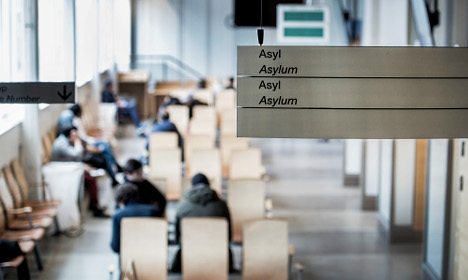