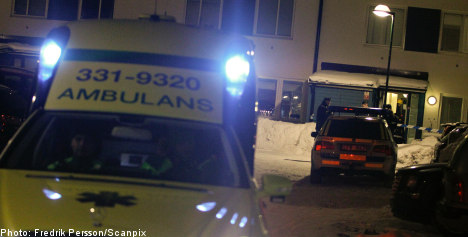 According to the police, ten people were taken to hospitals in and around Stockholm, although there were no reports of life threatening injuries.

“They had been suffering from carbon monoxide poisoning and many had been unconscious but they had come round by the time they were taken to hospital,” said Mari Olofsson, police communications manager for Stockholm county.

At least two of the ten taken to hospital were children.

Carbon monoxide is a very poisonous gas, which is particularly dangerous because it has no colour, odour or taste.

The emergency services carried out a thorough ventilation of the entire building as soon as they arrived.

Meanwhile those responsible were reported for criminal negligence.