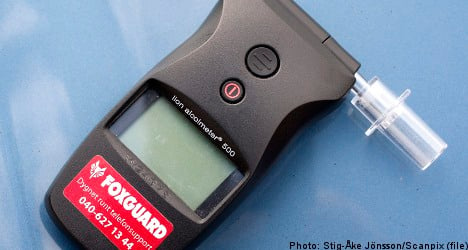 Poorly functioning technologies and measurements that take incorrect readings have resulted in drivers being barred from operating their vehicles and losing their licenses, according to the Motorists’ Society Association (Motorförarnas Helnykterhetsförbund, MHF).

According to the organisation, about 50 people a year leave the project due to incorrect readings.

Unlike with the police, the project does not take into account possible margins of error or supplements to the test with better equipment, DN reported on Friday.

Sweden’s courts have also adopted the practice of not taking into consideration blood tests that show that the results must be incorrect.

The devices that the project uses are so old, the MHF has recommended that they not be used at all. However, they are still found in 80 percent of all cars.

Cigarette smoke, snus and candy also have an impact on the devices. In one case, an exhalation of dextrose resulted in the apparatus showing a 1.64 per thousand alcohol reading. Five minutes later, the reading was 0.0, matching the blood sample taken shortly after.

“The rule of law is non-existent and many people’s lives are ruined,” said Tomas Jonsson of the MHF to DN on Friday.