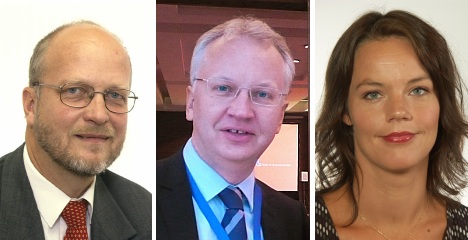 The work of the nominating committee to sift out a candidate begins as they compile the criteria. A new party leader will be elected at the special party congress from March 25th to 27th.

According to a Sveriges Television report over the weekend, it is clear that Nuder will be asked if would be willing to become the new party leader even though he has repeatedly stated that he is not interested in the party leader post.

Following the work over the weekend, the districts did not want to specify one or more names of suitable candidates. The qualification demands suggest that a candidate need not have previous experience in Sweden’s parliament, the Riksdag, or as a cabinet minister.

“What will be the most important thing of all, I believe, is that we find an election winner,” said Johan Andersson, district chairman of Östergötland.

It is not just the election in 2014 that needs to be won. The new party leader must also contribute to a Social Democratic victory in the 2018 elections, so the candidate must not be too old, according to the requirement demands of the Östgötland constituency.

Olle Burell, municipal secretary of the Social Democrats in Stockholm municipality, said that his district wants a leader who can win elections and govern the country.

“It should be a person who can break up old structures and demonstrate a high degree of political openness and pluralism,” he said.

The Halland district has received many nominations from the municipalities involved. Its wish list for the candidates’ qualities are more unanimous, but they may possibly prove difficult to meet for an individual person.

“One can see that it sprawls out very much. The question is whether we can cook up a name. It is a bit uncertain,” said Magdalena Streijffert, vice chairwoman of the district.