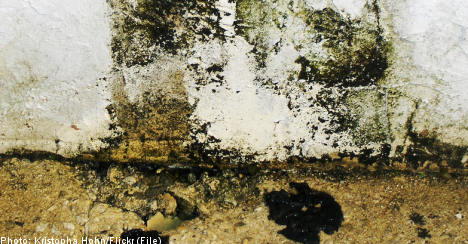 The lawyers narrowed the list down to 26 landlords in no particular order.

“Consumer protection in Sweden is too weak when it comes to the tenants’ standing. The legislation is fragile and it takes too long to bring about a change,” Barbro Engman, chairwoman of the organisation, told the publication on Monday.

“As a result, a far too great responsibility falls on the Swedish Union of Tenants. We are not an authority and the municipalities should be more involved in matters involving compulsory administration, for example,” she added.

Landlords who made the blacklist have been convicted by a rent tribunal, refused to comply with the tribunal’s ruling, received an unusually large number of complaints from tenants or made themselves known for some sort of neglect, the report said.

The reasons behind each nomination included allowing the buildings to decay, harassing tenants and raising rents at will, according to Hem & Hyra on Monday.

Some have neglected their properties so badly that they are dangerous to live in. Others ignore the most basic maintenance requirements and are impossible to get a hold of. Some harass their tenants through threats, invalid notices of termination or illegally enter the apartments, the report said.

In addition, others who made the list have demanded substantial rent increases and refuse negotiations even though they are required by law. Others do not pay their bills, resulting in electricity, water and heat getting shut off, according to Hem & Hyra.

Both housing management companies and individuals were named in the report. The nominees for the black list ranged from a landlord’s single property to a management company that was in charge of 2,700.

A total of 17 municipalities made the list, with Gothenburg and Stockholm both notching up four spots each, Malmö three and Trelleborg two.